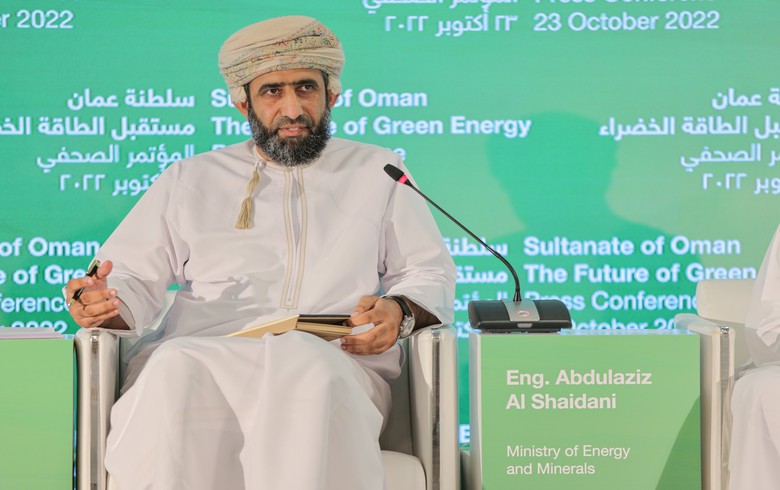 October 24 (Renewables Now) - Oman on Sunday presented a strategy designed to make the sultanate one of the leaders in the production and export of green hydrogen with a targeted annual output of about 1 million-1.25 million tonnes by 2030 which will be used to meet local demand and for export purposes.

To reach the goal, the country will need electrolysers with a combined capacity of between 8 GW and 10 GW, to be powered by renewable energy plants totalling 16 GW - 20 GW.

The strategy was unveiled by top officials from the Ministry of Energy and Minerals at a press conference in the capital Muscat.

The Arab country, which boasts abundant wind and solar resources and wide areas, has selected 50,000 sq km (19,305 sq mi) in the southern and central parts to be offered as concession areas to investors for green hydrogen production, said Abdulaziz bin Said al Shidhani, Head of the Directorate General of Renewable Energy and Hydrogen at the ministry.

These areas have the potential to host 500 GW of capacity for renewable energy generation or the production of 25 million tonnes of green hydrogen per year.

Three main areas have been designated for hydrogen production -- Duqm, Dhofar and Al-Djazir. The first batch of land will be offered to investors in an auction by the newly established state-owned company Hydrom in November and more will follow in April depending on demand and competition.

Hydrom was officially launched on Sunday as a wholly-owned subsidiary of Energy Development Oman. It will work to accelerate the development of the green hydrogen industry in Oman and reduce carbon emissions in order to reach the country's carbon neutrality target by 2050.

Oman will need to invest about USD 140 billion (EUR 143.88bn) by 2050 when it aims to produce between 7.5 million and 8.5 million tonnes of green hydrogen per year. This will correspond to exploiting about 30% of the above-mentioned areas selected for hydrogen production and an electrolysis capacity of between 95 GW and 100 GW.

The investments will be made in solar panels, wind turbines, and electrolysers, as well as in the transport, storage and production of hydrogen derivatives.

In addition to these areas, a further 20,000 sq km, primarily in the north of the country, have been designated for solar and wind energy generation without hydrogen production. By 2050, Oman should have an installed renewable energy capacity in the range of 175 GW to 185 GW.

The expansion plans will be supported by initiatives and incentives that will aim to promote investments in the sector.