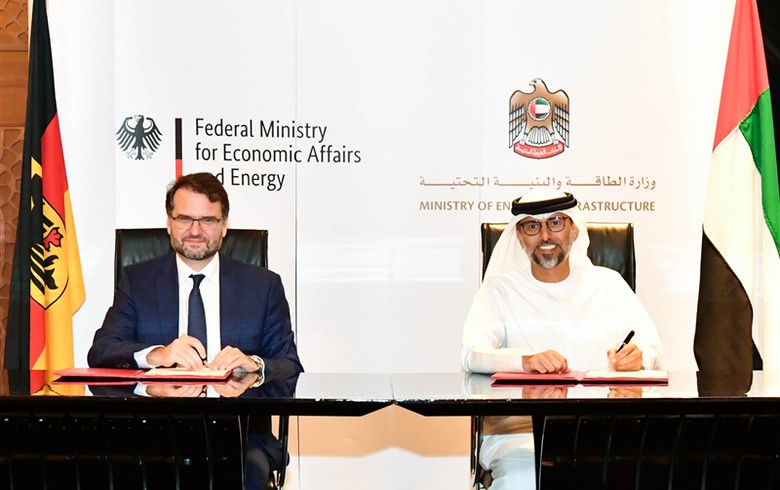 November 5 (Renewables Now) - The United Arab Emirates and Germany have signed a declaration of intent to form a joint task force that will work to promote cooperation between the two countries for green hydrogen production and support projects in the area.

The task force will focus on identifying green hydrogen and artificial fuel projects that can be implemented jointly and key challenges to be tackled such as hydrogen transportation and its potential applications, the German ministry of energy said earlier this week. The action team will also make recommendations for bridging regulatory gaps in the two countries and the EU concerning green hydrogen.

“The UAE provides solar energy at competitive prices, while Germany has a potential to import renewable and carbon-neutral energy. The innovative technologies of German companies will support the UAE's efforts to achieve economic diversification,” said the Arab country's minister of energy Suhail bin Mohammed Al Mazrouei.

Companies from the two countries have already completed a green hydrogen project and are working on more initiatives in the UAE. In May, state-owned utility Dubai Electricity and Water Authority (DEWA), Expo 2020 Dubai and Germany's Siemens Energy AG (ETR:ENR) inaugurated a pilot plant for the production of hydrogen from solar power, which is the first of its kind in the Middle East and North Africa. Located at the DEWA Research and Development Centre at the Mohammed bin Rashid Al Maktoum solar park in Dubai, the hydrogen facility uses solar power during the day to produce hydrogen which is converted into electricity at night.