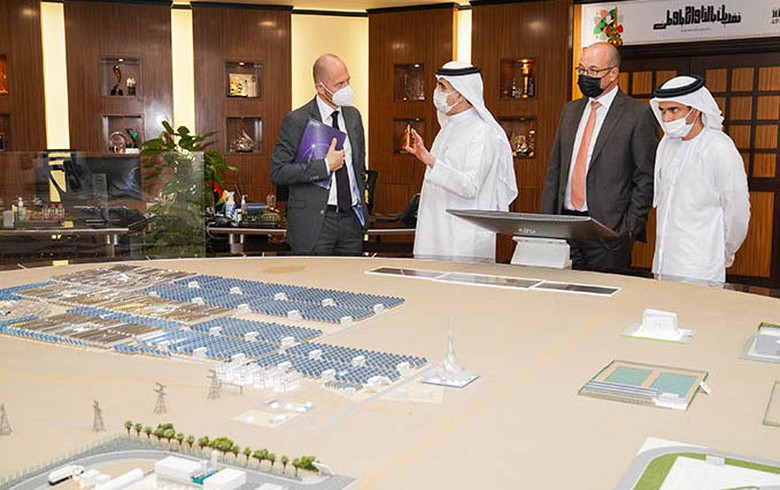 May 20 (Renewables Now) - Siemens Energy AG (ETR:ENR) announced on Wednesday that it has inaugurated an industrial-scale green hydrogen plant at a testing facility at the Mohammed bin Rashid Al Maktoum solar park in Dubai.

The project was implemented in collaboration with Dubai Electricity and Water Authority (DEWA) and Expo 2020 Dubai, and now represents the first industrial-scale, solar-driven green hydrogen production facility in the Middle East and North Africa (MENA) region. It has electrolysis, storage and re-electrification capabilities and is expected to produce some 20.5 kg of hydrogen per hour at 1.25 MWe of peak power from the huge solar complex, which is planned to reach 5 GW of solar power generation capacity by 2030.

“This is a system that allows for buffering renewable energy production, both for fast response applications, as well as for long-term storage. The plant has been built to accommodate future applications and test platforms for the different uses of hydrogen, including potential mobility and industrial uses,” the managing director and CEO of DEWA, Saeed Mohammed Al Tayer, said. He added that the public service infrastructure company has already explored and developed a pilot hydrogen-based green mobility project for execution in the near future, as well as several studies, business strategies and a potential roadmap for hydrogen usage.