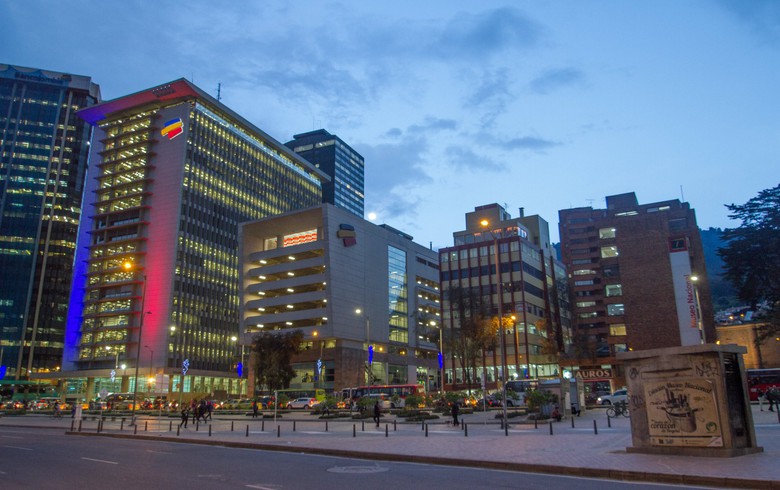 Bogota in the evening. Image by: CucombreLibre on Flickr. License: Creative Commons, Attribution 2.0 Generic (CC BY 2.0)

November 15 (Renewables Now) - The Colombian government is ready to “walk the talk” to create the right climate for renewable energy development, and is swapping red tape for the red carpet to attract investors, Paola Garcia, vice-president of investments at ProColombia, told Renewables Now.

ProColombia, a government agency responsible for promoting international tourism, foreign investment and non-traditional exports, has been doing its part to help investors navigate policies and incentives ever since Colombia made a promising entry into the renewables market with the first renewable energy auction in early 2019.

“From ProColombia side, what we want to be is an extended part of the team of the company,” Garcia says.

We spoke with Garcia while ProColombia was in the middle of holding the Colombia Investment Summit 2021 and before the country’s third renewable energy auction was about to take place. The VP, whose agency guided some of the bidders through the auction process, gave us some insight into what was done in Colombia to snowball the renewables development and what challenges still remain.

TRAVELLING A LONG ROAD IN A SHORT TIME

Bringing the so-called non-conventional renewables to a country that was already producing 70% of its electricity with hydropower plants was a deliberate plan of president Ivan Duque’s government when it took over in August 2018. At the time, Colombia was generating less than 50 MW of power with non-conventional renewables. Knowing how much stress El Nino droughts put on the hydropower production, the government started preparing the ground for more non-hydro renewables to join the energy mix.

Garcia describes the early days in ProColombia offices: “When we started in 2018, we supported seven projects, which was business for about more than USD 400 million.”

“Today, we are speaking about projects of more than 2,500 MW. The policy has worked, incentives have worked,” Garcia proclaims. “Colombia may have been perceived in the past as the oil producing country or as coal producing country. Now, I think it is completely different, I think now Colombia is definitely perceived as a non-conventional renewable energies opportunity country, and companies are recognising that.”

This year, the energy transition bill 2099 was signed into law to enable green hydrogen investors enjoy the same tax benefits that had been extended to those developing non-conventional renewables. Both groups of investors are now enticed with 50% income tax deduction for all investments for up to 15 years. Value-added tax (VAT) for domestic or imported equipment and machinery needed to mount renewable energy systems is scrapped, and so is the import tariff. There is also an accounting incentive in the form of an accelerated depreciation rate.

The law 2099 was then followed by the national hydrogen road map, which expanded the frontier of the clean energy space in the country. Under a separate programme, the government has been simplifying bureaucracy that interfered with creating a business.

“More than 2,000 steps have been eliminated from the system to make life easier for companies,” Garcia said.

At the Colombia Investment Summit, ProColombia and the ministry of commerce, industry and tourism presented an USD-8-billion investment portfolio with 153 projects across different sectors, including renewable energy, and organised “match-making” sessions to marry project promoters with investors, as Garcia tells us. In the sea of projects, renewables continue to attract most of the attention.

“[Investors] are also asking us if blue hydrogen is going to be part of the matrix, or if we are looking into it, and we are. But I think the focus right now is towards more sustainable and cleaner types of energy. The focus is definitely on green without a doubt”.

For all the rush to introduce more wind and solar, some obstacles such as the lack of infrastructure are hard to eliminate fast, although there has been some progress in that direction with years' worth of rounds to grant concessions.

“Infrastructure has always been a challenge in Colombia. As you know, the Andes mountains reach Colombia and divide in three, so we have a lot of mountains in our country and our geography is quite complex for infrastructure,” says Garcia.

“Now, we are launching the fifth generation of concessions, which is a programme that consists of 14 initiatives not only in road infrastructure, but also rail, airport and river navigability.”

“I think river navigability is going to be key for non-conventional renewables, because Colombia is one of the countries with the most rivers in the world. We have a huge river that crosses the whole country, the Magdalena River. If we make these rivers navigable, we have potential highways.”

POWER AUCTIONS AS A SAFE BET FOR ALL

Since our interview, market and grid operator XM held a successful auction, with the awards for 796.3 MW of solar capacity going to a mix of foreign companies already established in Colombia, new entrants and domestic utility majors.

In 2022, an auction aimed at bringing energy storage systems to the Caribbean coast will be held some time during the first semester, as we can learn from the Energy Intelligence presentation posted on the mining and energy ministry’s website.

The storage auction is still in the works, but Garcia expects it would replicate the model currently used by tenders for non-conventional renewable energy projects. Most of the plans that the administration of president Ivan Duque has set out to realise will have to be finalised before his term ends in mid-2022, Garcia says, promising a dynamic finale.