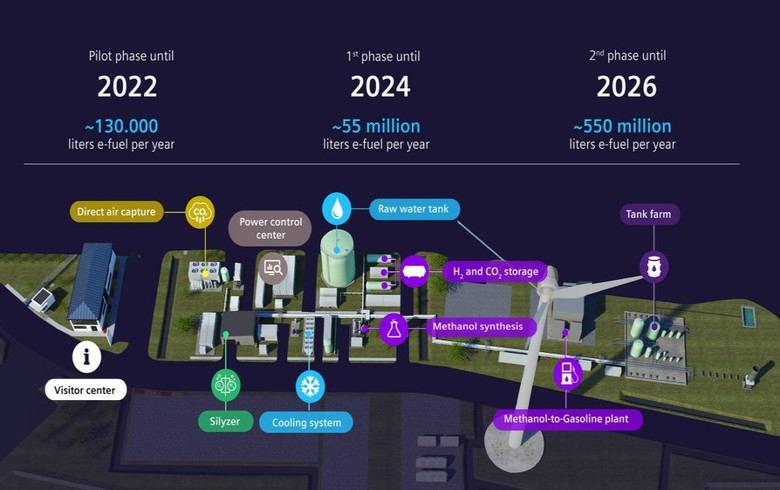 December 3 (Renewables Now) - A German-Chilean partnership will receive an EUR-8-million (USD 9.7m) grant from the German federal ministry for economic affairs and energy to set up a sustainable fuel production plant in southern Chile, it was announced on Wednesday.

The sports car maker will participate with an initial investment of around EUR 20 million and be the future plant’s primary customer, Siemens Energy said.

The Haru Oni plant will be located in the region of Magallanes and Chilean Antarctica, north of regional capital Punta Arenas. The project will integrate a wind powered electrolyser to produce green hydrogen, which will then be combined with CO2 filtered from the air to make synthetic methanol. In the third step, synthetic methanol will be converted into synthetic gasoline -- e-gasoline or e-fuel -- via a methanol-to-gasoline technology.

The HIF project company is owned by AME, who is the primary developer. Enel Green Power Chile, part of Italian utility group Enel SpA (BIT:ENEL), will focus on the wind power and the electrolysis components of the project. ENAP will provide operating staff, maintenance and logistics services.

As a co-developer, Siemens Energy serves as a systems integrator covering the entire value chain. Finally, Porsche, as the off-taker, will use the e-fuels on race courses and in vehicle trials at first, and in serial production sports cars in the future, Siemens Energy said.