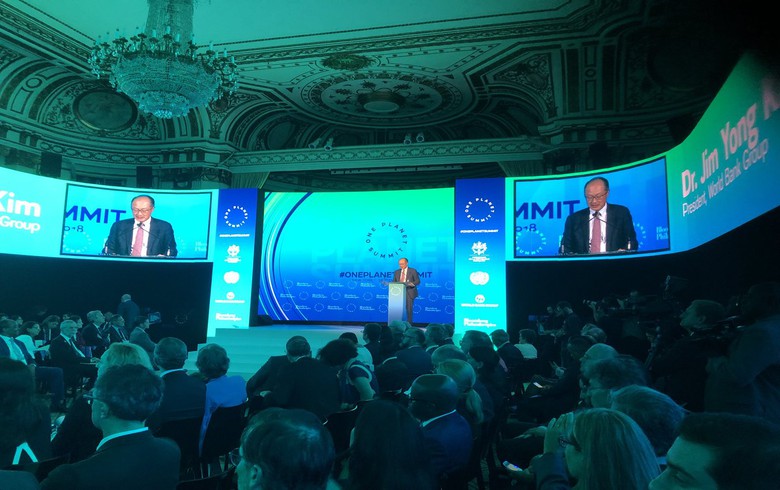 September 27 (Renewables Now) - On Wednesday, at the One Planet Summit in New York, the World Bank Group announced a major push to support battery storage, committing USD 1 billion (EUR 854m) of its own funds to speed up investments in the technology in developing and middle-income countries.

The World Bank financing is expected to mobilise an additional USD 4 billion for the new global programme. The bank itself will fundraise another USD 1 billion in concessional climate funds through channels such as the Climate Investment Funds' Clean Technology Fund (CTF). A further USD 3 billion are expected to be raised from public and private funds and investors.

The programme has the ambition to finance 17.5 GWh of battery storage by 2025, which would mark a significant expansion from the 4 GWh-5 GWh currently installed in all developing countries.

The World Bank recognises that energy storage is key to using more renewable energy and hence the fight against climate change. It says that batteries are, however, still expensive especially for developing countries and that the new programme aims to change that.

The programme will finance and de-risk investments like utility-scale solar parks with battery storage, off-grid systems, including mini-grids, and stand-alone batteries that can reinforce grids, says the announcement. It will also back demonstration projects for technologies suitable for developing countries, such as batteries that are long-lasting, offer resilience to harsh conditions and high temperatures, or have low environmental risks.

The World Bank will also bring together a global think tank on battery storage to promote international technological cooperation and training with the aim of developing and adapting new storage solutions for the needs of developing countries.