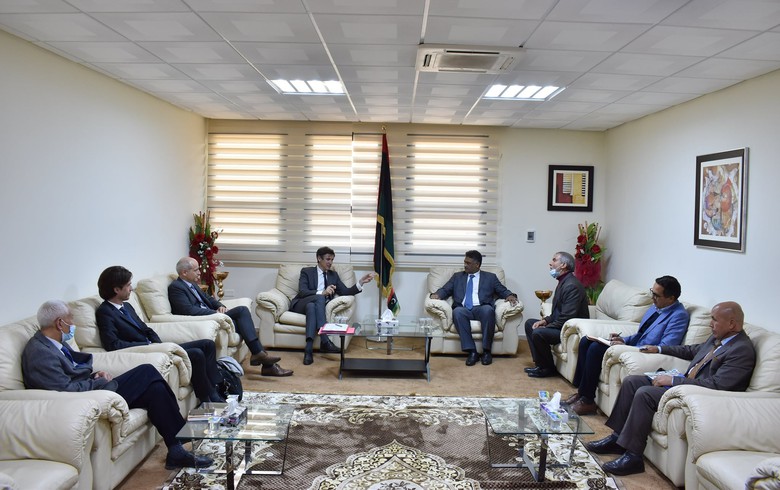 Representatives of TotalEnergies and GECOL discuss a solar project in Libya. Image by General Electricity Company of Libya (GECOL)

March 28 (Renewables Now) - French energy major TotalEnergies SE (EPA:TTE) and power producer General Electricity Company of Libya (GECOL) have discussed the launch of a project for the construction of a solar power plant in the North African country.

The talks, that took place on Thursday, concerned the arrangements necessary for the start of the project and were held by GECOL's chairman of the board of directors and the regional director for the Middle East and North Africa at TotalEnergies, Libya's state-owned electricity company said in a brief statement.

The discussions follow a Memorandum of Understanding (MoF) that was signed between the two companies last November for the development of 500 MW of solar photovoltaic (PV) projects in Libya. As announced last year, the planned solar farms will be feeding electricity to the national power grid and will power industrial facilities at the Waha oil field.

Details about the projects have not been disclosed.