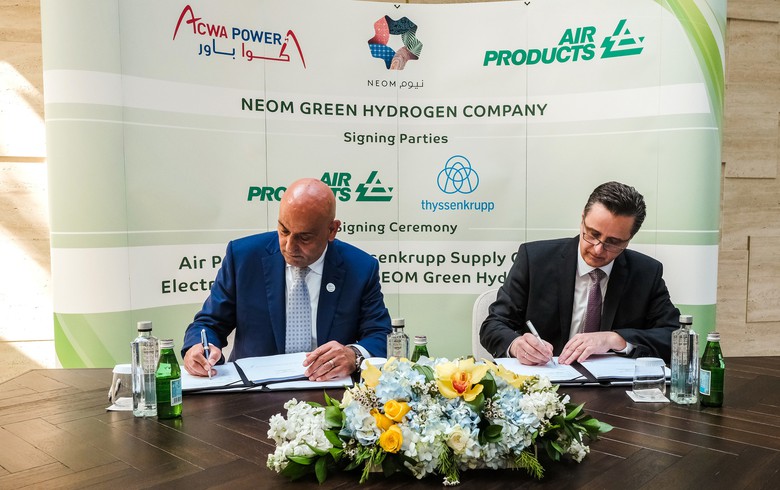 Industrial gases major Air Products (NYSE:APD) said on Monday that it has awarded a contract that calls for thyssenkrupp to engineer, procure and fabricate the plant based on its 20-MW alkaline water electrolysis module.

As announced in the summer of 2020, Air Products teamed up with ACWA Power (TADAWUL:2082) to build a USD-5-billion (EUR 4.4bn) green hydrogen-to-ammonia complex in Neom, a cross-border city planned on the Red Sea coast in the northwestern Saudi province of Tabuk. The facility will produce hydrogen to be synthesised into carbon-free ammonia for export exclusively by Air Products to global markets, the latest announcement says.

The US industrial gases company noted that engineering and procurement activities have already been initiated. The commencement of production is planned for 2026.

"With this gigawatt project, we are committed to invest into ramping up our manufacturing capacities further,” said Denis Krude, CEO of thyssenkrupp Uhde Chlorine Engineers.