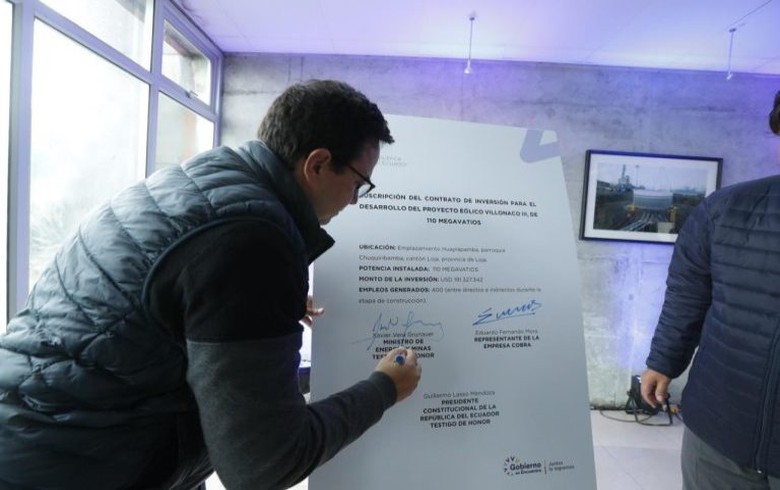 May 5 (Renewables Now) - Spanish consortium Cobra Zero-E Villonaco will invest over USD 181 million (EUR 171.3m) in what is set to become the largest wind farm in Ecuador, the Ecuadorean energy and mining ministry has announced.

The Spanish group won a 25-year concession to build and operate the 110-MW Villonaco wind farm complex after a lengthy tender process a year and half ago, outbidding a number of international players.

The wind project was previously called Villonaco II and III, implying that there would be two sites with a combined capacity of 110 MW. Based on the ministry’s latest announcement, made on the occasion of signing the investment contract with Cobra, the project is now known as Villonaco III, while the capacity remains unchanged.

Villonaco III represents foreign direct investment, with Ecuador’s government expecting some 400 jobs to be created during the construction phase. Cobra Zero-E Villonaco anticipates construction to begin in the third quarter of 2022, the energy ministry added.