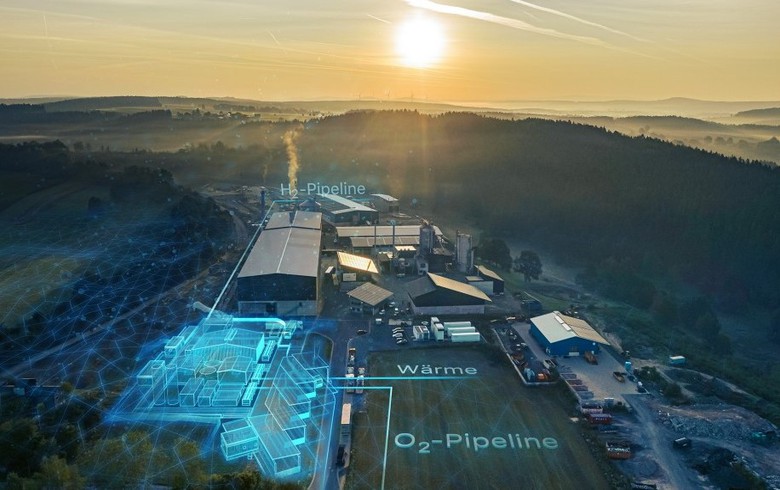 The hydrogen plant, powered by renewables, is planned to start operations in the summer of 2022. It will produce up to 1,350 tonnes of hydrogen per year, which could bring carbon dioxide savings of up to 13,500 annually when the hydrogen is consumed in transportation and industry.

Siemens Energy will supply the electrolyser for the project, while Siemens Smart Infrastructure is the general contractor for the plant. Siemens Financial Services (SFS) and Riessner Gase GmbH hold equal stakes of 45% in the project company, WUN H2 GmbH, while the remaining 10% are in the hands of Stadtwerke Wunsiedel (SWW).

“WUN H2 is a pilot project for Germany that will demonstrate innovative technology in practice and ultimately prove the feasibility of industrial production of green hydrogen. Our concept is scalable and can easily be transferred to other locations. If every city had its own H2 plant, the energy transition would already be much further along,” Philipp Matthes, Managing Director of WUN H2, said.

The hydrogen produced at Wunsiedel Energy Park will be delivered via truck trailers for local distribution, mainly in the regions of Upper Franconia, Upper Palatinate, Thuringia and Saxony, as well as Western Bohemia in the Czech Republic, Siemens said. There is an option to build a public hydrogen filling station for trucks and buses at the same location, which would support carbon-free heavy goods and regional transportation.

The hydrogen facility will be connected to an existing Siemens battery storage plant and adjacent industrial enterprises. There, the waste heat and oxygen split off during electrolysis will be put to use. The plant will also provide some flexibility for the power grid.

Yesterday, Siemens announced that the Bavarian State Ministers for Economic Affairs and for Transport support the testing of a hydrogen-powered train developed by Siemens Mobility GmbH. From mid-2023, the two-car train is to be tested on the Augsburg - Füssen route, among others. The initial testing period, in the rail network of Bayerische Regiobahn (BRB), is planned to last 30 months.