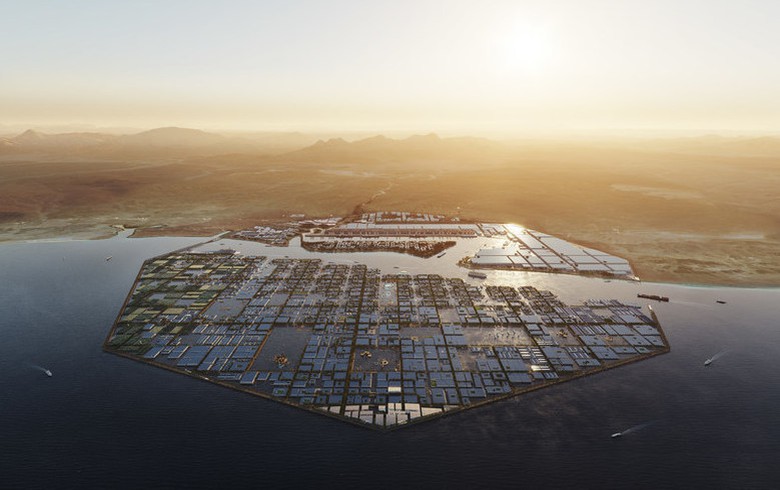 This new net-zero industrial city called Oxagon is to be established with a unique octagonal design in a large area in the southwest corner of Neom, a larger cross-border city planned to be built on the Red Sea coast in the northwestern Saudi province of Tabuk. Oxagon will serve as a fully integrated port and supply chain ecosystem for Neom.

The city will support seven industries including sustainable energy, autonomous mobility, water innovation, sustainable food production, health and well-being, technology and digital manufacturing, and modern methods of construction. All of these will be powered by 100% renewable energy. Moreover, the city will house what the developers say will be the world’s largest green hydrogen project as part of a tri-partite venture between Air Products (NYSE:APD), ACWA Power (TADAWUL:2082) and Neom.

In the summer of 2020, Air Products agreed with the Saudi duo a USD-5-billion (EUR 4.42bn) green hydrogen-to-ammonia project to be built near the kingdom's borders with Egypt and Jordan. The plant is expected to produce 1.2 million tonnes of green ammonia per year.

Oxagon will also adopt advanced technologies such as the Internet of Things (IoT), human-machine fusion, artificial and predictive intelligence, and robotics.

"Oxagon will contribute to redefining the world's approach to industrial development in the future, protecting the environment while creating jobs and growth for Neom. It will contribute to Saudi Arabia's regional trade and commerce, and support creating a new focal point for global trade flows," the Crown Prince stated.

Oxagon’s development stage is “well underway”, with progress on the designs for the large manufacturing facilities, including the aforementioned green hydrogen project. The city is expected to start welcoming manufacturing tenants early next year.