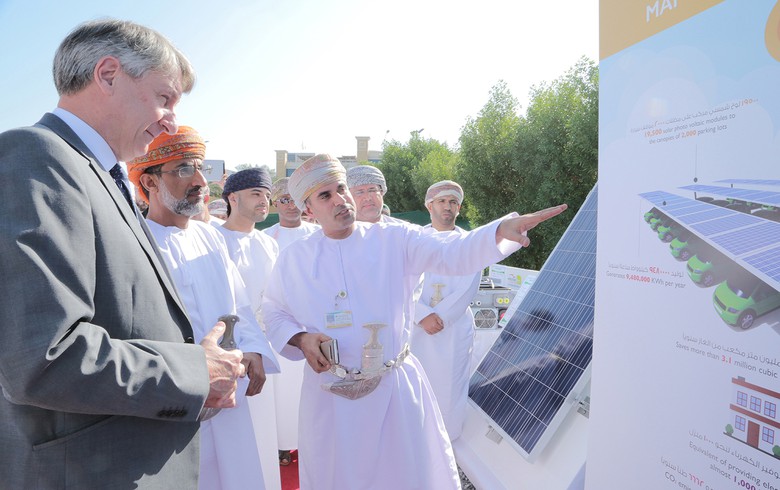 The system consists of 19,500 photovoltaic (PV) modules installed on parking lot canopies that will generate power for PDO's office buildings. It is the largest solar scheme at a single location in Oman, the company said. The project was implemented as a joint venture by Spain's Elecnor SA and local company Rukun Al Yaqeen (RAY) International LLC.

PDO recently issued a call for Expressions of Interest (EOI) for the development, construction and operation of a 100-MWp solar park. The company will buy its output under a 23-year power purchase agreement (PPA).