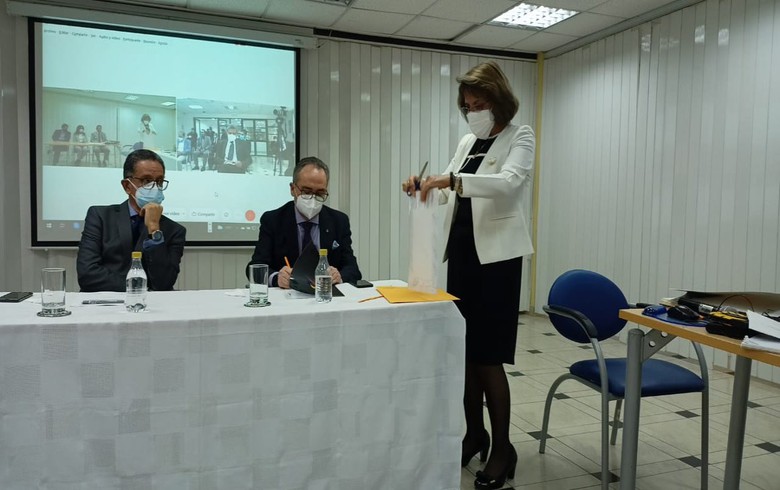 The opening of envelopes with the economic offer for the Conolophus project. Image by Ecuador’s Ministry of Energy and Non-renewable Natural Resources (www.recursosyenergia.gob.ec)

June 22 (Renewables Now) - The only bidder in the tender for the construction and operation of the Conolophus solar-plus-storage plant in the Galapagos Islands presented an economic offer of USD 458.88 (EUR 475.08) per MWh, Ecuador’s ministry of energy and non-renewable natural resources announced on Monday.

The offer was made against the reserve price of USD 565.4/MWh set by the agency for the regulation and control of energy and non-renewable natural resources (ARC), the ministry said.

In early March 2021, Gransolar was named by the ministry as the only bidder for the 14.8-MW/40.9-MWh Conolophus solar-plus-storage project. At the time, Total Eren was not mentioned even though the French company, as Gransolar’s partner, was one of five bidders pre-qualified to participate in the selection process.

Total Eren’s involvement in the tender was confirmed by the ministry in the press release on Monday.

The opening of envelopes with the economic offer was to be held on April 26, but the event was delayed temporarily to allow then president-elect Guillermo Lasso to form the new government.

The Conolophus project comes with a 25-year concession, a power purchase agreement (PPA), tax breaks and other incentives, as the government of Ecuador seeks to attract some USD 45 million in private investment and reduce diesel consumption and CO2 emissions on the Galapagos Archipelago.