Not all in renewables industry happy with UK's new energy strategy 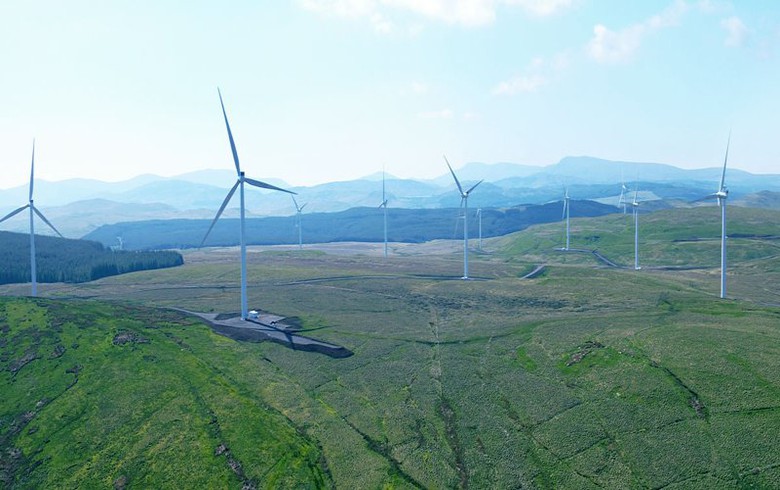 April 7 (Renewables Now) - The UK energy security strategy, which was launched today, is generally being welcomed by the renewable energy industry but also drawing criticism.

A negative reaction came from the Association for Renewable Energy and Clean Technology (REA), which called the strategy “wholly inadequate.”

“Of course, we welcome commitments on solar, hydrogen and offshore wind, but the government’s plans will lock the UK into more expensive, longer to build, non-renewable power sources,” REA’s head Nina Skorupska said.

“It ignores a huge swathe of other renewable technologies and the approach to onshore wind is totally inadequate,” she added. The association also said the lack of investment in energy efficiency measures will not help people with energy costs.

Victory Hill Capital Advisors LLP’s Co-Cio Eduardo Monteiro called the focus on nuclear problematic and said that distributed generation through microgrids and behind-the-metre solutions using existing renewable technologies such as solar, wind and batteries should be prioritised instead.

The strategy does not include any targets for onshore wind. On this technology, the government said that it “will be consulting on developing partnerships with a limited number of supportive communities who wish to host new onshore wind infrastructure in return for guaranteed lower energy bills.”

In its comments on the strategy, consultancy KPMG said that onshore wind is the cheapest form of low-carbon electricity and not pursuing it actively is making the transition to net-zero more expensive.

Saying that the new strategy puts the rocket boosters under the UK's transition to renewable energy, RenewableUK’s chief executive Dan McGrail also commented that it's right that the government is looking again at planning rules so that onshore wind can proceed in parts of England where there is support.

ScottishPower chief executive Keith Anderson said that bureaucracy is a major hindrance. “It's time to go further and faster. Not just by setting higher targets, but by following through with reform of the regulatory and planning system in order to support the pace of change needed and to match the ambitions and vision of companies like ours,” he added.

The British Hydropower Association, meanwhile, said the UK has missed a massive opportunity by failing to include tidal lagoons, tidal barrages and hydropower in its new strategy.

Solar Energy UK welcomed the government’s ambition on solar, with the official announcement saying it could grow up to five times by 2035 from the current 14 GW.

“There will need to be a significant and rapid investment in new grid infrastructure and further reforms to planning rules to expedite solar projects to achieve this. The Energy Security Strategy highlights its importance, and Solar Energy UK looks forward to engaging with the government in detail on how it can be delivered,” the body said.

The strategy includes an increased target for offshore wind of up to 50 GW by 2030 and doubling the hydrogen target to up to 10 GW of low-carbon hydrogen capacity by 2030.

Clare Jackson, chief executive of Hydrogen UK, said: “This new goal will allow industry to unleash investment, bring down costs and widen the use-case for hydrogen, exploring its potential in transport, heavy industry and to heat homes.”

According to KPMG, the increase in ambition on hydrogen production is welcome. “But we need to have a whole system approach to building the hydrogen economy, with measures to stimulate demand, like the mandating of hydrogen-ready boilers by 2025, as well as new targets for supply,” said Simon Virley, its vice chair and head of energy and natural resources.