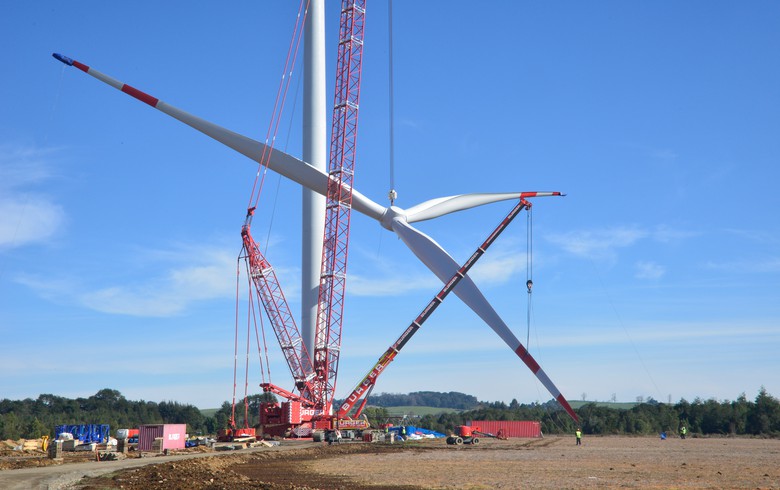 February 19 (Renewables Now) - Aker Horizons AS, the renewables platform of Norwegian industrial investment company Aker ASA (FRA:FKM), today announced the launch of a pure-play operator within industrial-scale clean hydrogen production that is getting ready for an initial public offering (IPO).

Aker Clean Hydrogen has been created to develop, build, own and operate clean hydrogen production plants. It is currently developing a portfolio of nine projects and prospects totalling 1.3 GW of net capacity. Furthermore, it has an additional pipeline and opportunities of 4.7 GW. The goal of the new platform is to reach a net installed capacity of 5 GW by the end of the decade.

One of the existing developments involves green hydrogen and ammonia production in Chile in the form of a collaboration with Mainstream Renewable Power, which, as previously announced, will become majority owned by Aker Horizons in the second quarter of 2021. Aker Clean Hydrogen and Mainstream will work together to develop a global scale and commercially viable green value chain in Chile with a substantial export potential.

The renewables developer said separately it has signed a letter of intent (LoI) with the Aker platform to explore a partnership in which Mainstream will provide wind and solar power from its local portfolio. The company is currently executing the 1.3-GW Andes Renovables wind and solar generation platform and expects to complete its first phase later in 2021. It also has an extensive additional project development portfolio, of which over 1 GW has been earmarked for the green hydrogen and ammonia collaboration.

More portfolio opportunities include: a project in Berlevåg for decarbonising Arctic shipping and off-grid power production with a green ammonia facility that is 50/50 owned by Aker Clean Hydrogen and Varanger Kraft; green hydrogen production in Rjukan to enable emissions-free ferry and shipping transportation; a cooperation deal with Greenstat that includes near-term opportunities at Glomfjord and Meråker in Norway, along with a strategic initiative in India; and the development of a new green ammonia facility in Uruguay in collaboration with Aker BioMarine to support emission-free shipping in the Antarctica.

As per Aker Clean Hydrogen’s IPO plans, Aker Horizons is getting ready for a potential near-term private placement in the new platform at a minimum subscription of EUR 100,000 (USD 121,000), and a listing on Euronext Growth. The IPO depends on inter alia market conditions and investor feedback. Carnegie, DNB Markets and Pareto Securities AS will assist in the listing process, while Advokatfirmaet BAHR will serve as legal advisor.

Japan's govt to back 18 MW of solar projects in Chile