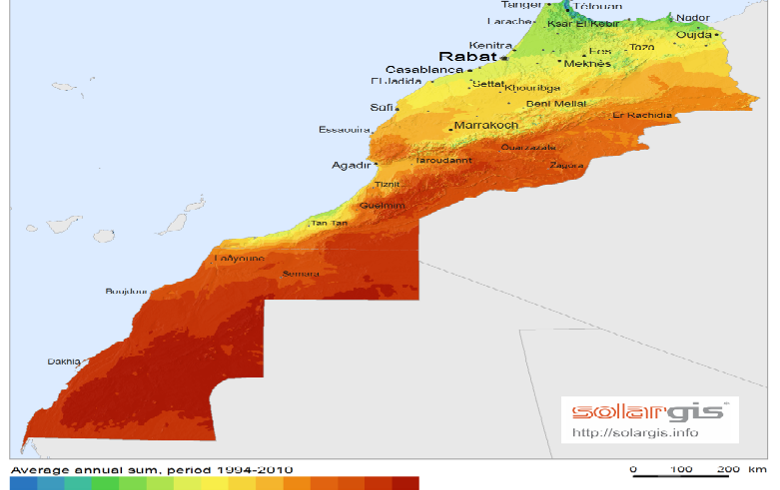 December 22 (SeeNews) - Morocco's agency for solar energy MASEN has pre-qualified 20 companies for the tendering procedure of the first phase of its solar power plan Noor PV I.

The project will involve the construction, operation and maintenance of a total of 170 MW in three sites, named Noor Ouarzazate, Noor Laayoune and Noor Boujdour.

The development of the power plants will be carried out under the independent power producer (IPP) regime and the call for tender will be opened by the end of this month, MASEN said in a news release on Monday.

The call for pre-qualification was launched this summer and by the deadline for submission of documents at end of September 37 enterprises from 20 countries filed their offers.

Most of the 20 pre-qualified bidders are international players, but there are also a few local names on the list.

This is the case with Jet Contractors, an enterprise that joined a group, lead by Sun E Solar and Societe generale des travaux du Maroc (SGTM) which has teamed up with Spanish Acciona Energia SA in a consortium formed by the Saudi Arabian Swicorp.

The Anouar Invest group has also joined the race as part of a group, lead by developer Bahreini Terra Sola Ventures W.L.L, and also including Hareon Solar Technology Co. Limited.

The list of pre-qualified companies includes also EDF Energies Nouvelles, in partnership with Nebras Power QSC and Green of Africa Development SA; Enel Green Power, which is also part of the winning consortium for the 850 MW wind tender; Eren Renewables, as part of a group including also TSK Electronic y Electricidad SA and Access Infra Africa.

Sinohydro Corporation - together with TBEA Xinjiang Sunoasis Co, Ltd; the Abu Dhabi Future Energy Company PJSC, in partnership with Grupo Gransolar, are also among the bidders.