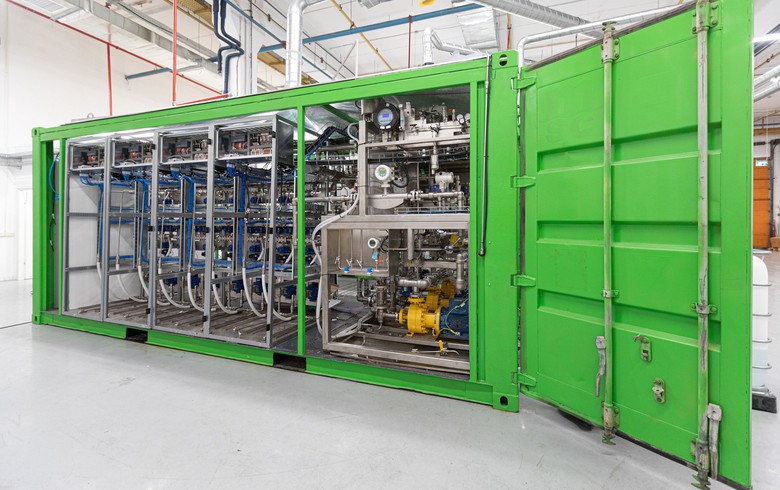 August 2 (Renewables Now) - Israeli renewable energy company Doral Group (TLV:DORL) intends to execute a large green hydrogen project pipeline around the world and in order to support this plan it has invested in an electrolyser developer to secure access to its technology.

Specifically, Doral’s corporate venture capital arm, namely Doral Energy-Tech Ventures, has made an investment of an undisclosed amount in H2Pro Ltd. In addition to that, the latter has entered into an agreement to supply a total of 200 MW of its E-TAC systems until 2030 for use in Doral’s green hydrogen projects in Europe, the US and Israel. According to the announcement, Doral will purchase minimum quantities depending on the performance of the systems.

Caesarea-based H2Pro is developing a method for the production of green hydrogen that differs from traditional electrolysis. Called E-TAC, which stands for Electrochemical - Thermally Activated Chemical, this method uses electricity to split water into hydrogen and oxygen but unlike with electrolysis, this happens in separate steps because of which the system does not utilise a costly membrane. As a result, this technology has significantly lower power consumption requirements. According to H2Pro, it is over 95% efficient and cost-competitive with fossil-fuel hydrogen.

Doral and H2Pro intend to launch their partnership next year with a 0.4-MW, government-backed pilot project in Kibbutz Yotvata, Israel. In this case, the E-TAC system will use electricity generated by a solar photovoltaic (PV) plant developed by Doral, while the hydrogen produced by it will be blended with natural gas for use in the nearby Yotvata dairy production facility.

Another project being developed by Doral and its partners envisages the construction of a 30-MW hydrogen hub that will be based on H2Pro's technology.

"The collaboration with H2Pro will not only diversify and secure our supply chains but also demonstrate best-in-class green hydrogen production in competitive pricing," said Yaki Noyman, CEO of Doral.