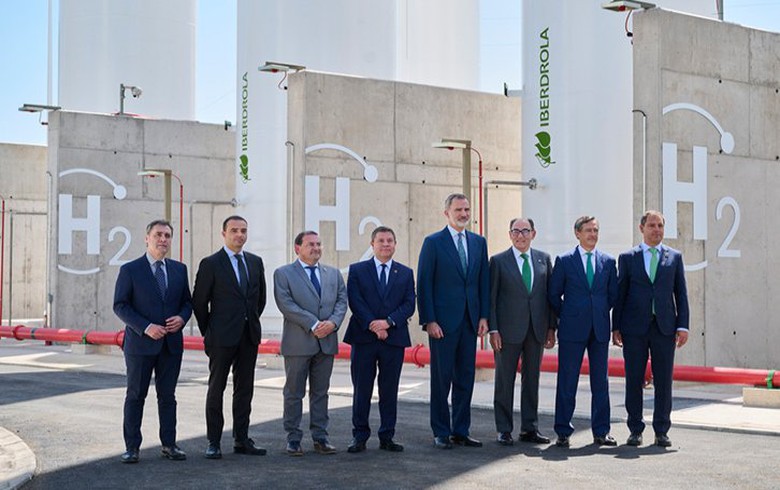 May 16 (Renewables Now) - Spanish utility Iberdrola SA (BME:IBE) on Friday inaugurated its 20-MW green hydrogen plant in the industrial town of Puertollano in the presence of the King of Spain Felipe VI.

The company touts the plant as Europe’s largest green hydrogen facility for industrial use, saying that it will be capable of producing up to 3,000 tonnes of green hydrogen per year. The facilities at the site in south-central Spain also include a dedicated 100-MW solar farm, equipped with bifacial panels, and a lithium-ion battery system with a storage capacity of 20 MWh.

The total investment in the project reached EUR 150 million (USD 156.4m), an amount that includes spending on the green hydrogen facilities and the solar farm, Iberdrola said.

Local fertiliser producer Fertiberia will off-take the hydrogen and oxygen for its production processes.