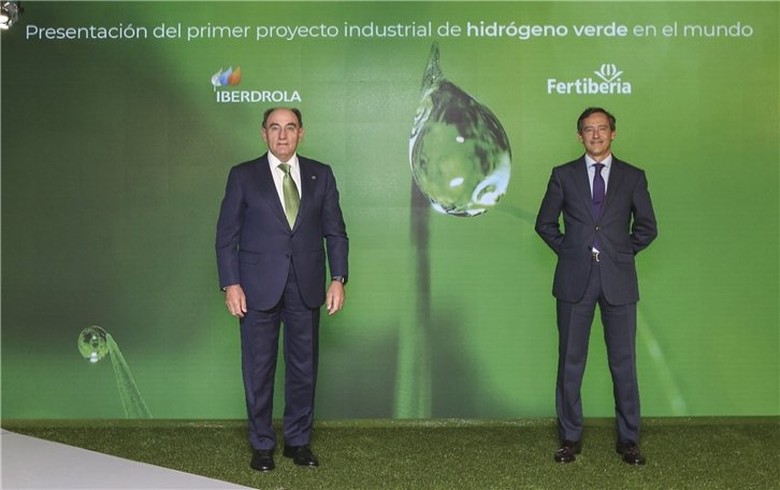 October 28 (Renewables Now) - Spanish utility group Iberdrola SA (BME:IBE) and its partner on a green hydrogen project, fertiliser producer Fertiberia, on Wednesday announced a plan to install 800 MW of electrolysers in the next seven years.

The duo is currently involved in a project to set up a solar-plus-storage system and a 20-MW electrolyser at Fertiberia’s ammonia plant in the city of Puertollano, Spain, with ribbon-cutting scheduled for 2021. Iberdrola said the companies will now seek to expand their alliance by developing three more green hydrogen projects for Fertiberia’s plants in Spain in 2023-2027.

The initiative will require an investment of EUR 1.8 billion (USD 2.11bn) by 2027, with Iberdrola expecting to receive support from the Spanish state and the European Recovery Fund. The company said it has already applied for European aid from the EU Innovation Fund to support construction of the EUR-150-million Puertollano hydrogen project.

If delivered, Iberdrola-Fertiberia’s 800-MW ambition would account for 20% of Spain’s national target to install 4,000 MW of electrolysers by 2030. The companies see their projects creating almost 4,000 qualified jobs down the line -- half of them by 2023 -- and the potential to manufacture electrolysers in Spain.