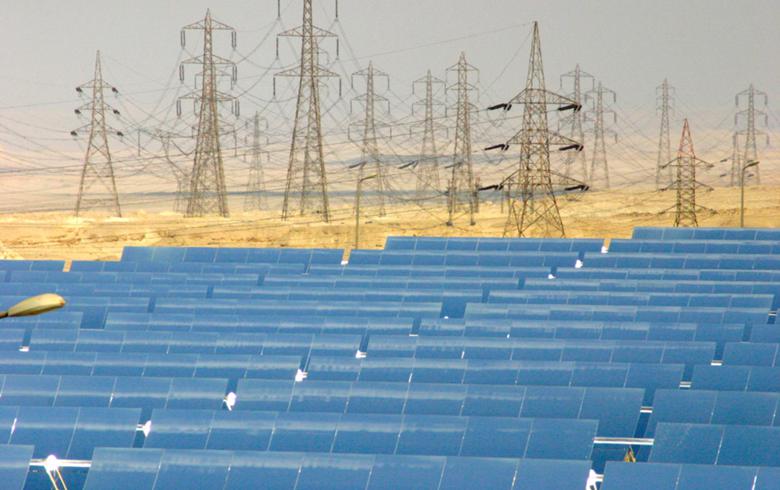 October 6 (Renewables Now) - A consortium led by Hitachi ABB Power Grids has been awarded a contract for an interconnection that will allow Saudi Arabia and Egypt to exchange up to 3,000 MW of power, the company said on Tuesday.

A large part of the exchanged electricity in the future will likely be from renewable sources.

Linking the power grids of the two countries and hence the interconnected power grids of the Arabian Gulf with those of North Africa, will support grid resilience and decarbonisation objectives. Saudi Arabia aims to increase the share of natural gas and renewable energy sources in electricity production to about 50% by 2030, while Egypt targets 42% of electricity generation from renewables by 2035.

Hitachi ABB Power Grids is partnering with Saudi Services for Electro Mechanic Works in Saudi Arabia and Orascom Construction in Egypt to deliver the intercontinental link. The contract, awarded by the Saudi Electricity Company and the Egyptian Electricity Transmission Company, is worth “several hundreds of millions of US dollars.”

Hitachi ABB Power Grids said this is the first ever large-scale high-voltage direct current (HVDC) interconnection link in the Middle East and North Africa. It will carry power along a 1,350 km route (839 mile) using overhead power lines and a subsea cable across the Red Sea.

As part of the work, Hitachi ABB Power Grids will provide three HVDC converter stations -- at Medina and Tabuk in Saudi Arabia, and Badr in Egypt.

A longer term vision could see the link become part of a more interconnected system with Europe and the eastern Mediterranean that would enable the transfer of solar power from the south and east and wind and hydro power from the north, says Hitachi ABB Power Grids.

According to Orascom Construction’s announcement, 1.5 GW of the project is due to start operations in late 2024 and the balance in mid-2025.