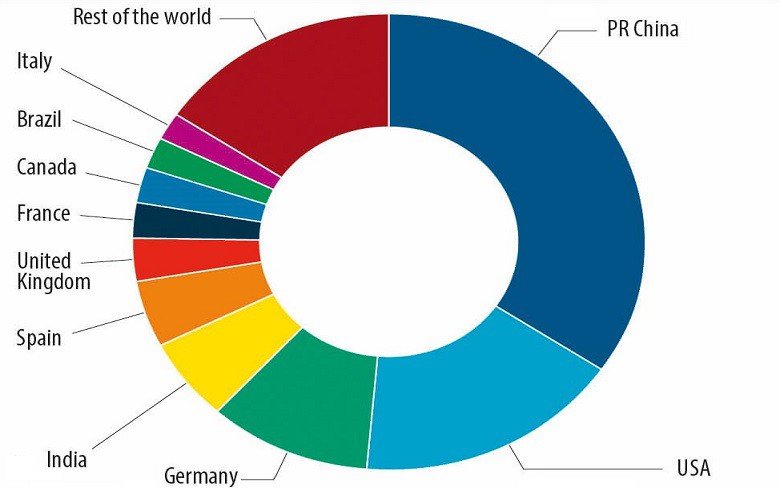 GWEC’s rolling five year forecast sees 59.4 GW of new wind additions this year and the annual market is expected to rise to some 75.3 GW by 2021.

“We are well into a period of disruptive change, moving away from power systems centered on a few large, polluting plants towards markets increasingly dominated by a range of widely distributed renewable energy sources. We need to get to a zero emissions power system well before 2050 if we are to meet our climate change and development goals,” said GWEC Secretary General Steve Sawyer.

Currently more than 90 countries have wind farms, and nine of them have more than 10,000 MW installed. Wind’s share in power generation in Denmark has reached 40%. In Uruguay, Portugal and Ireland is is well over 20%, with Spain and Cyprus getting around 20% of their electricity from wind turbines.

Steve Sawyer noted that offshore wind, with its major price breakthrough in the past year, looks set to live up to the enormous potential that many have believed in for years. It is already expanding outside Europe.