The two companies announced on Wednesday that FFI, through its unit Netherlands Fortescue Future Industries Holdings BV, will make an equity investment of EUR 30 million in TES and will spend the remaining EUR 100 million on the construction of the TES terminal in Wilhelmshaven, Germany. The latter is developing similar green energy import terminals around the world.

The deal will see FFI take a 30% stake in the TES subsidiary that will build the so-called TES Green Energy Hub in Wilhelmshaven, namely Deutsche Gruengas und Energieversorgung GmbH. The green energy business of Australian iron ore company Fortescue Metals Group Ltd (ASX:FMG) will fund the investment with its unutilised capital commitment amounting to USD 1.1 billion as of June 30, 2022.

In its first phase, the partnership between FFI and TES will result in the joint development and investment in the supply of 300,000 tonnes of green hydrogen. The partners are currently discussing final locations for the projects and are targeting a final investment decision in 2023. They expect the first delivery of green hydrogen into TES’ terminal in Wilhelmshaven to take place in 2026. Initial collaboration projects will be focused on Australia, Europe, the Middle East and Africa, the announcement says.

As a result of the new deal, the Australian company is now joining a group of investors in TES, including E.on, HSBC, UniCredit and Zodiac Maritime. FFI’s CEO Mark Hutchinson noted that this investment supports the delivery of Fortescue’s supply agreement with E.on from earlier this year.

“The United Kingdom and Europe urgently need green solutions to replace fossil fuels and this investment will enable Europe to do exactly that. Not in 2050, but in four years from now,” commented Fortescue executive chairman Andrew Forrest AO. 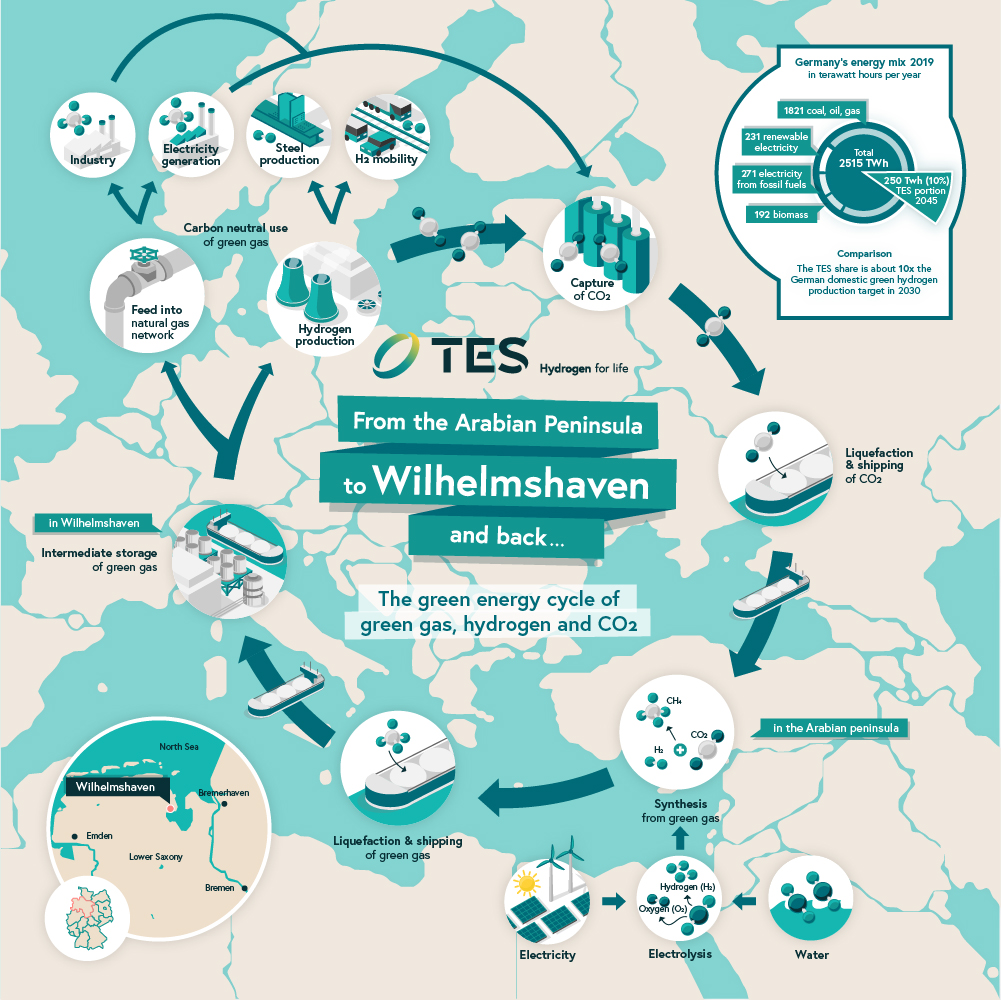