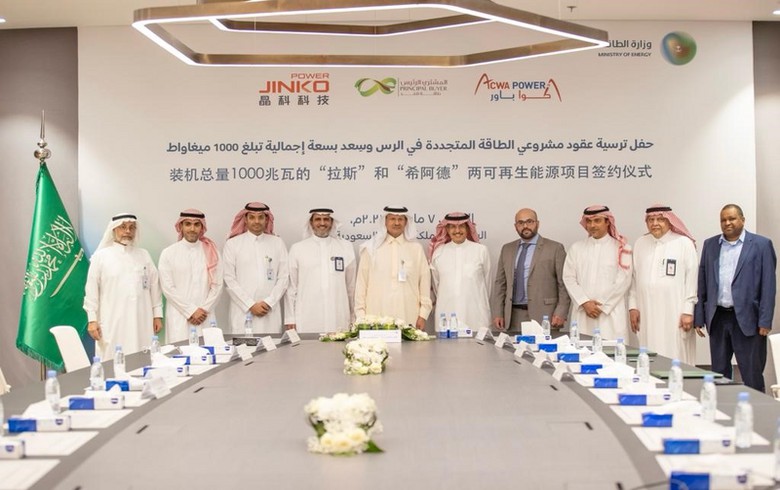 March 8 (Renewables Now) - Saudi Arabia’s International Company for Water and Power Projects (TADAWUL:2082), or ACWA Power, said today it has sealed a power purchase agreement (PPA) for a 700-MW solar photovoltaic plant that will be built in the central part of the kingdom.

Under the PPA, the Saudi Power Procurement Company (SPPC) will off-take the electricity from the Ar Rass solar park for a period of 25 years.

Located in the Al Qassim province, the independent power plant will be capable of supplying some 132,000 households in central Saudi Arabia with green electricity. It is set to be connected to the grid by the fourth quarter of 2024.

Financial close on the project, which represents an investment of USD 450 million (EUR 413.03m), is expected in the last quarter of this year.

ACWA Power is the largest investor in Ar Rass with a 40.1% stake while the State Power Investment Corporation from China owns 39.9%. The remaining 20% is held by the Water and Electricity Holding Company (Badeel).

During the signing of the PPA, Saudi Arabia's energy minister Abdulaziz bin Salman bin Abdulaziz Al Saud said that several renewable energy projects will be launched to generate about 15 GW of green power between the years 2022 and 2023 as part of the kingdom's efforts to diversify its energy mix.

ACWA Power already operates the 300-MW Sakaka solar plant in Saudi Arabia and is building the Sudair solar park of 1,500 MW in cooperation with Saudi Aramco and Badeel.