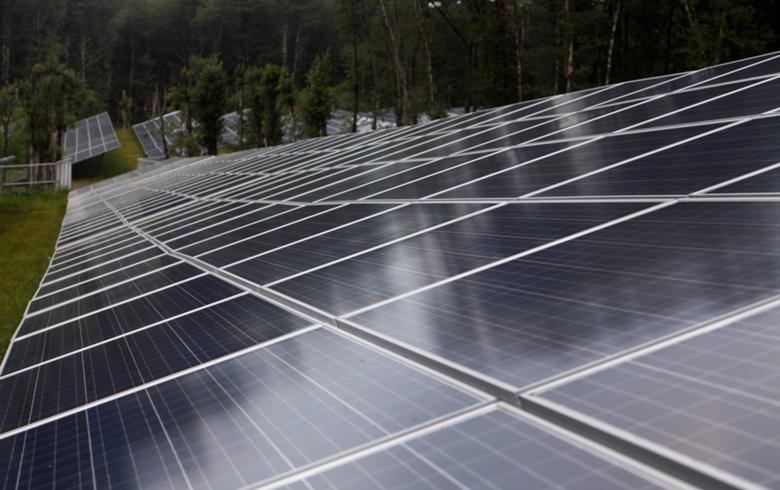 One of the company's existing sites in Freetown, Mass. (Photo: Business Wire)

October 17 (Renewables Now) - Wells Fargo & Co (NYSE:WFC) has inked a deal with Reliant, a unit of NRG Energy Inc (NYSE:NRG), under which 400 of the bank's properties in Texas will be powered by a new solar park.

The 10-year structured renewable energy agreement calls for the annual supply of around 62,000 MWh of solar power, covering 100% of the bank’s total annual requirements in the Electric Reliability Council of Texas (ERCOT) region and 3% of its national load.

Wells Fargo said that the solar plant that will generate the power will enter construction next year in order to be completed in 2021. It gave no further details about the project.

Since 2017, Wells Fargo has been meeting 100% of its global electricity requirements with renewables, primarily through the purchase of renewable energy certificates, and now wants to transition to long-term electricity contracts in order to support the development of new renewable energy projects.

The bank will also rely on an increased deployment of on-site generation. It plans to install solar arrays on more than 100 corporate, branch and data facilities across the US. At present, the lender maintains such installations on 16 properties in addition to a number of ATMs.