Vodasun's rooftop PV installation in the town of Alzenau, Germany. Image by Vodasun.

This is the third increase in the bridge financing which was raised to EUR 7.5 million from EUR 5.5 million a year ago, the company's financial adviser Capcora said on Monday.

Vodasun needs more capital to fund its expansion as it sees a great opportunity in Germany's plan to auction 2,300 MW of rooftop capacity in 2022.

The Munich-based company sees growth potential also in the changes that were made to the Renewable Energy Act, or EEG, in 2021 and limit the feed-in tariff for rooftop PV installations to systems of up to 300 kWp. Following the amendments, a new tendering pot for rooftop projects was created and such projects will no longer compete with larger ground-mounted solar plants.

Vodasun plans, builds and operates photovoltaic systems, ranging from single-family homes to complex projects in the megawatt range. The group consists of Vodasun Akquise und Vertriebs GmbH which develops and sells PV projects, Vodasun Construction which is in charge of building the systems and Vodasun which is responsible for the commercial and technical operation of the plants. 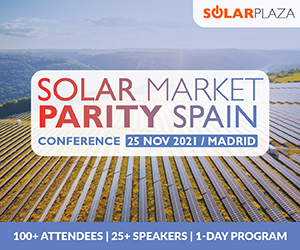