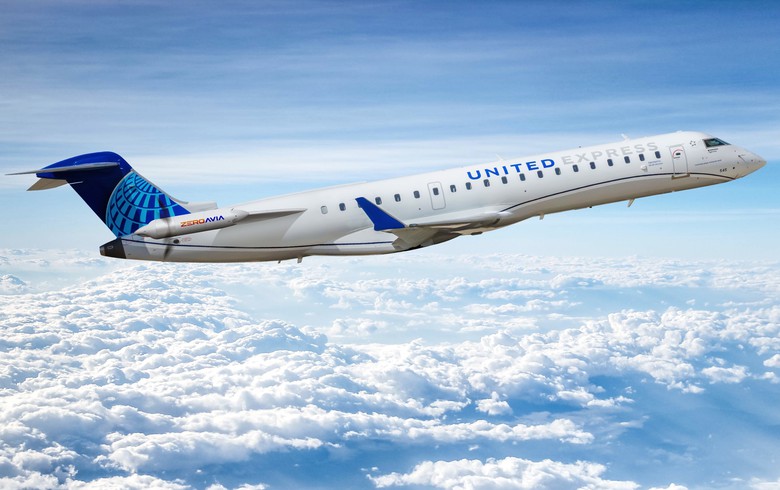 December 16 (Renewables Now) - United Airlines Holdings Inc (NASDAQ:UAL) has invested in ZeroAvia, paving the way for up to 100 zero-emission hydrogen-electric engines to be potentially used on its regional aircraft by 2028.

Under the terms of the deal channelled through its venture capital fund, United will seek to conditionally purchase 50 ZeroAvia ZA2000-RJ engines, with an option for 50 more.

The engines will be enough to power up to 50 twin-engine aircraft once they are fully developed and certified by regulators as soon as 2028. United could retrofit the engines on existing United Express aircraft such as the 50-seat CRJ-550.

The British-American hydrogen-electric aircraft developer said in a separate statement on Monday that it has attracted United Airlines along with Alaska Airlines as new investors in its latest USD-35-million (EUR 31.1m) funding round. The new cash advance the development of its 2 MW-5 MW zero-emission powertrain system for regional aircraft.

ZeroAvia is on track to commercialise its hydrogen propulsion technology, preparing to begin ground tests of a smaller engine in a 19-seat aircraft, with the aim of entering commercial service by 2024.

At first, the company's engines will operate in a 500-mile range in short-haul flights, package delivery or agriculture. The current funding round will enable ZeroAvia to develop its next segment of 40- to 80-seat aircraft, targeting turboprops by 2026.

Amazon's Climate Pledge Fund and Shell Ventures are among the existing backers that contributed to the fundraising, which took to USD 115 million the funds collected by ZeroAvia since its inception in 2017.