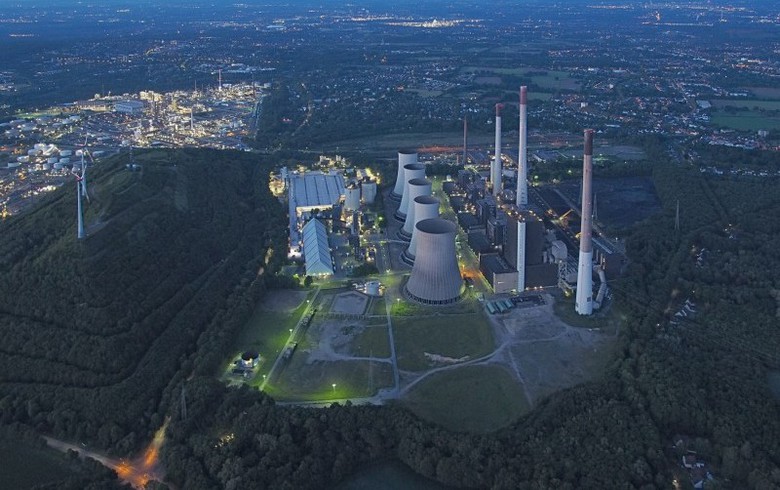 February 23 (Renewables Now) - German energy group Uniper SE (ETR:UN01) is working on a project aimed at establishing a hydrogen technology hub at the site of a coal-fired power station in the state of North Rhine-Westphalia and transforming the station into a gas-fired plant that will eventually run on green hydrogen.

The Gelsenkirchen-Scholven power plant, running on coal since 1968, generates 762 MW of electricity for the northern Ruhr area and is amid a transformation into a combined-cycle power plant. The station will be fired with natural gas for a certain period but in the end, it will switch to green hydrogen to benefit from its proximity to two independent hydrogen connections, Uniper said on Monday.

As part of the H2iRTC project, the Duesseldorf-based energy company will establish a research centre at the Gelsenkirchen-Scholven site to explore issues such as converting hydrogen back into electricity, solving electricity generation problems during low wind and low solar periods and using molecular hydrogen in mobility.

"The aim is to demonstrate and further develop these synergies using applications such as pilot projects that drive technological advancement," said H2iRTC project manager Bernhard Scholtissek.

The infrastructure at the site should enable the testing and certifying of large-scale hydrogen technologies in an industrial environment to advance hydrogen production and technology. The centre will also organise practice-based training courses for the industry in the region in order to equip workers with the necessary qualifications.