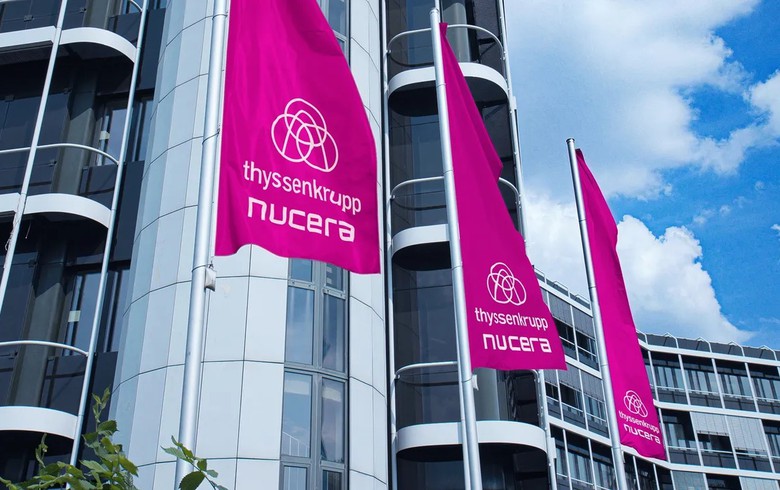 The company announced this in a statement, saying that it will refrain from listing Thyssenkrupp Nucera “at this point in time”. It noted, though, that an IPO of the unit continues to be the preferred option to benefit from the growth prospects of the green hydrogen solutions business.

“The potential for this so-called alkaline water electrolysis remains enormous and the growth and value prospects of thyssenkrupp nucera have gained additional opportunities in recent months,” the company said, adding that the total order backlog of the subsidiary has grown to about EUR 1.3 billion (USD 1.37bn) as at the end of March 2022.

“As before, the decision for a potential IPO depends on the capital market environment,” Thyssenkrupp concluded.

The German company owns a majority stake in the Nucera division and operates it as a joint venture with Italy's Industrie De Nora SpA. The business, previously known as Thyssenkrupp Uhde Chlorine Engineers, got its current name earlier this year.

In March, it was announced that Nucera will supply electrolysers to US industrial gases company Air Products Inc (NYSE:APD) for a plant in Arizona to produce 10 tonnes of green liquid hydrogen per day.

According to a presentation from earlier this month, Nucera's ongoing capacity expansion already tops 1 GW in Germany and the company expects its total available capacity to surpass 5 GW by 2025/26.

The same presentation indicates that Nucera has been targeting between EUR 500 million and EUR 600 million in primary IPO proceeds, with plans to use them to fund strong alkaline water electrolysis (AWE) growth, bolster its financial position and improve its ability to deliver on large-scale projects, including the provision of required guarantees.