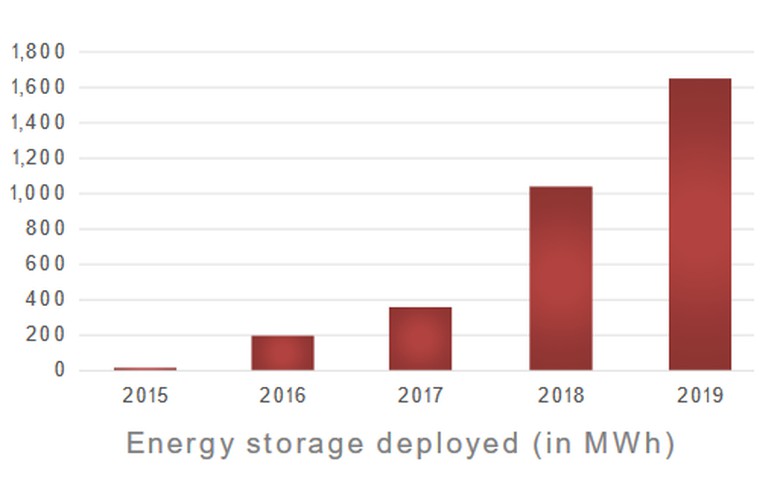 The fourth-quarter (Q4) total included the first deployments of Tesla’s newest battery storage product, the commercial-scale integrated storage system called Megapack. “Since the introduction of this product, the level of interest and orders from various global project developers and utilities has surpassed our expectations.”

The company deployed 1.65 GWh of energy storage in 2019, which is more than it installed in all prior years combined.

The Q4 solar deployments were up by 26% quarter-on-quarter but down 26% year-on-year. Tesla said it continued to ramp both SolarglassRoof production and installations, but did not provide specific figures.

Details on solar and storage deployments are available in the table.

Tesla’s revenue from the energy generation and storage business rose to USD 436 million (EUR 480m) in Q4 2019 from USD 372 million a year earlier. The next table contains Tesla’s Q4 and full-year unaudited results.