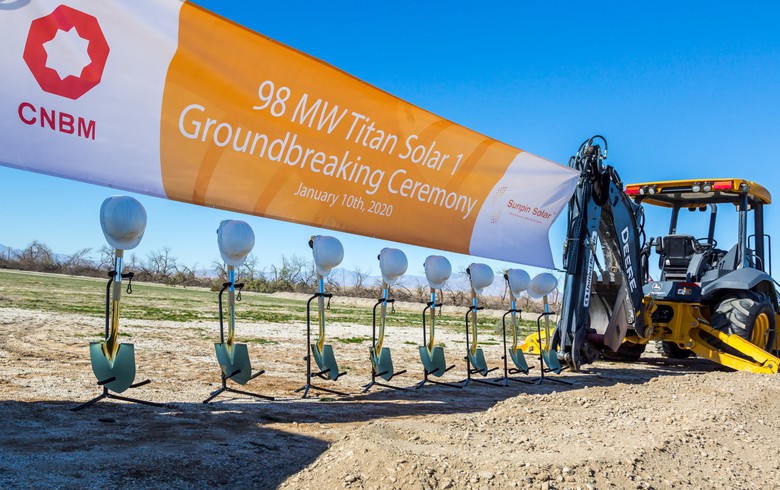 January 14 (Renewables Now) - US developer Sunpin Solar on Friday held a groundbreaking ceremony to mark the start of construction of the 98-MW Titan Solar 1 project in California.

Commissioning is expected to take place in the fourth quarter of 2020.

The solar park will be built on 569 acres (230.3 hectares) between the Salton Sea and Anza Borrego Desert State Park in California’s Imperial County. With over 260,000 panels installed, Titan Solar 1 is set to produce more than 218,000 MWh per year, or enough power for over 26,900 homes annually, the California-based solar developer said.

The new project has an interconnection to the grid of the Imperial Irrigation District (IID). It is the second utility-scale solar undertaking that Sunpin Solar is about to embark on within IID’s territory. The company previously completed its 96.75-MW ColGreen North Shore solar project in Riverside County.

Sunpin Solar’s next solar project in California will be a 120-MW-plus park, the company said in a press release.