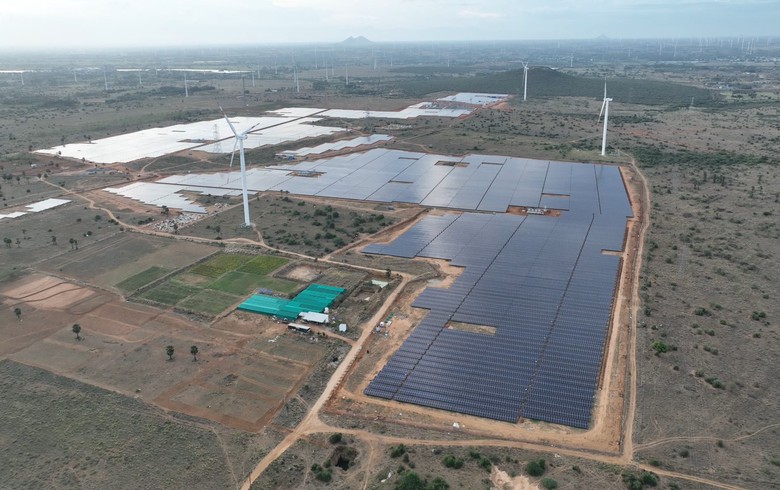 Nellai solar park in India. Image by Statkraft AS.

“Statkraft has an ambition of ramping up as a solar and wind power developer in India and is currently focusing on the development of greenfield solar projects at utility scale,” said Statkraft executive vice president International Power, Juergen Tzschoppe.

Separately, the Norwegian power producer said it will present its Green Finance Framework on Tuesday, to be potentially followed by the issuance of up to NOK 5 billion (USD 527m/EUR 491m) of green bonds.

Subject to market conditions, Statkraft plans one or several senior unsecured green bond issues with an expected combined size of NOK 3 billion-5 billion. They will be NOK denominated and will likely have tenors of five to 10 years.

Going back to the Nellai facility, benefiting from lots of sunny days in the year, it is expected to generate more than 120 GWh a year, equivalent to the annual needs of more than 500,000 Indian homes, the company calculates. It has been developed under the Indian Group Captive-model, with customers owning at least 26% of the plant and purchasing its generation under long-term power purchase agreements (PPAs). The solar park was built by Belectric Photovoltaic India Pvt Ltd.

Statkraft now has 215 MW of capacity in India and a 150-MW hydropower plant under construction.