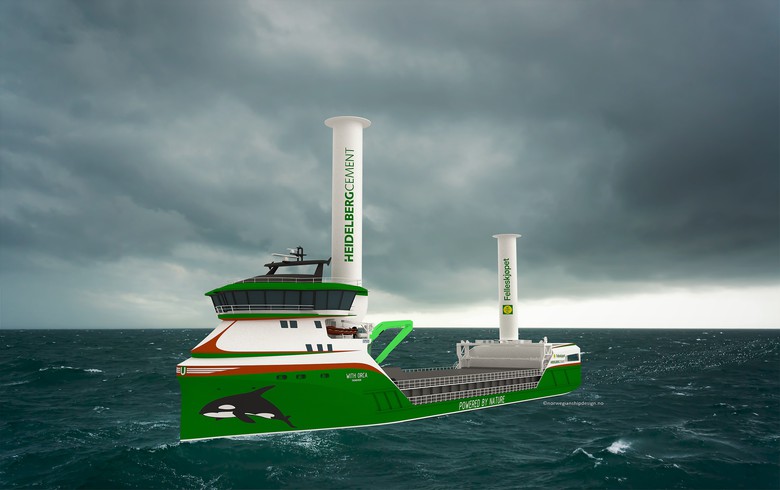 The supply contract was placed by German building materials company HeidelbergCement and Norwegian agricultural cooperative Felleskjopet in a competitive tender, Statkraft said on Wednesday. According to the statement, the vessel will be “the world’s first zero-emissions bulk ship.”

The concept of the vessel involves replacing containers with compressed hydrogen allowing the clean gas to be utilised as fuel. Apart from the emission-free hydrogen, the cargo ship will be powered by rotor sails. It will transport grain from locations in Eastern to Western Norway and carry rock and gravel on the way back.

A final investment decision on the project is due to be taken by the summer of 2022. Deliveries are planned to begin late in 2023.

Egil Ulvan Rederi AS is the shipping company that will operate the vessel. Norwegian Ship Design is also involved in the design of the facility.