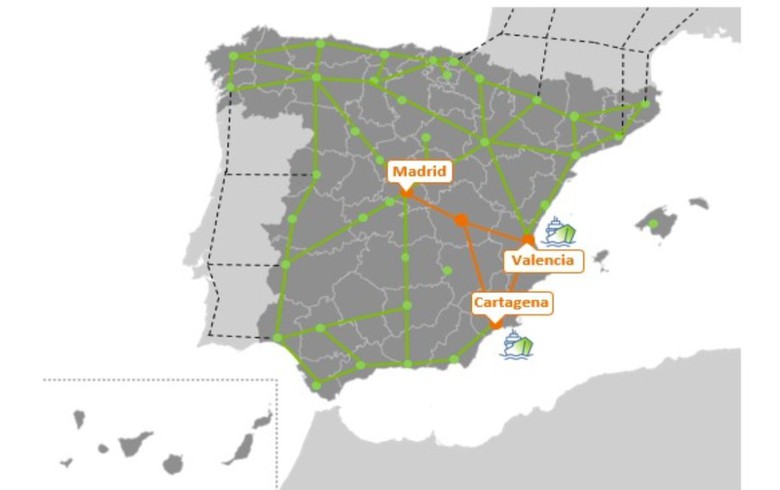 September 20 (Renewables Now) - Three Spanish companies across the gas value chain have signed an agreement to jointly develop infrastructure for the production, distribution and supply of green hydrogen with the goal to establish a national network of hydrogen filling stations.

In their joint statement today, power and gas utility Naturgy Energy Group SA (BME:NTGY), gas grid operator Enagas SA (BME:ENG) and fuels and gas storage provider Exolum said that they will seek to roll out 50 hydrogen stations, or one per about 300 kilometres (186.4 miles), to be able to serve Spain’s mobility industry.

The vision of the project, which the trio named Win4H2, is for each station to serve a wide range of heavy-duty and passenger vehicles within a 150-kilometre radius, and even supply hydrogen to large consumers in the so-called hydrogen valleys, the companies said.

They estimate the project would need to be supported with a green hydrogen production capacity of around 4,000 to 7,000 tonnes per year in the first stage, and systems designed for scale up based on how the market evolves.

Naturgy, Enagas and Exolum are already designing the first route -- a hydrogen corridor connecting Madrid, Valencia and the port city of Cartagena. This route was chosen due to the high volume of heavy-weight vehicle traffic.

The network of stations will be established gradually. The three companies said they will aim to set up a public-private cooperation with the help of public funding, and reach out to other parties interested in consuming hydrogen or participating in any part of the hydrogen value chain.