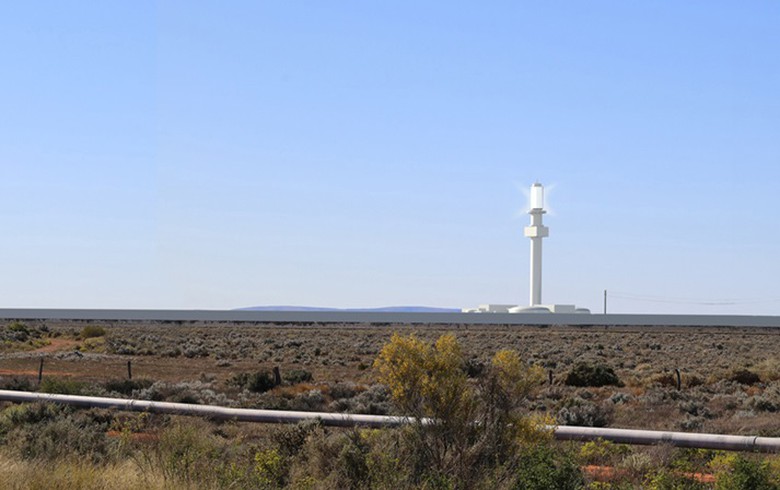 View of the Aurora CSP complex. Photo by: Business Wire. All rights reserved.

April 5 (Renewables Now) - US-based company SolarReserve has failed to secure in time funds for its 150-MW Aurora concentrating solar power (CSP) plant project in South Australia so it plans to sell it to a third party.

The announcement was made by the South Australian government on Friday as a confirmation that the project will not go ahead under SolarReserve’s control. According to the statement, published by Premier Steven Marshall, the US firm will not be able to achieve financial close on the AUD-650-million (USD 463.2m/EUR 412.4m) project by the May 31, 2019 deadline set by the state government.

SolarReserve and the South Australian government in 2017 signed a 20-year Generation Project Agreement (GPA), under which the complex was expected to deliver power to cover the state government’s needs. Until November 2020, the government has a power supply contract with SIMEC ZEN Energy.

The government said it had already extended the deadline for Aurora’s financial close from February 1, 2018, to May 31, 2019 and “provided SolarReserve with every opportunity to deliver on the terms of the contract it signed.” After failing to meet its commitments, the California-based firm will sell the project, while the government will immediately return to market and seek options to secure its future electricity needs. The new owner of the Aurora project will also be able to tender for the new contract.

The Aurora CSP park near Port Augusta was planned to have 1,100 MWh of molten salt energy storage capacity. The CSP facility's capacity would be about 135 MW when operating under normal conditions, but higher under favourable conditions. Annual power generation was estimated at 500 GWh.