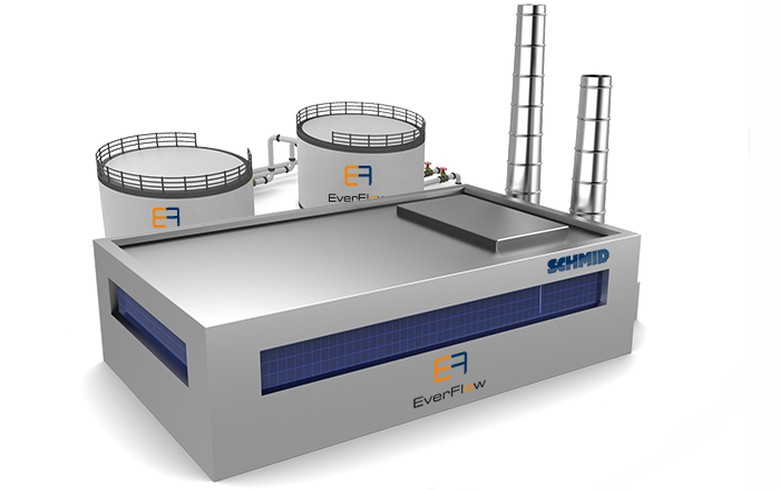 May 12 (Renewables Now) - German technology group Schmid has successfully created a joint venture for the development and manufacture of Vanadium Redox Flow Batteries (VRFB) in Saudi Arabia, with plans for a 3-GWh factory.

A year ago, Schmid Group signed an agreement for this JV with Riyadh-based Nusaned Investment, which is owned by SABIC, and the RIWAQ Industrial Development Company. Now, the German group and Nusaned have closed the transaction following its approval by the relevant regulators. RIWAQ is expected to join as an investor in the next two to three months, according to the announcement.

The new firm, known as Advance Energy Storage System Investment Company, will be engaged in the production of energy storage systems for use alongside utility-scale renewable energy projects, telecom towers, mining sites, remote cities and off-grid locations. The products will be offered under the EverFlow brand.

The goal of the JV is to establish a gigawatt-scale manufacturing base in Dammam 3rd Industrial City in 2021, while also maintaining research and development (R&D) facilities in both Germany and the Kingdom. Construction work on the Saudi base is seen to begin by mid-2020.