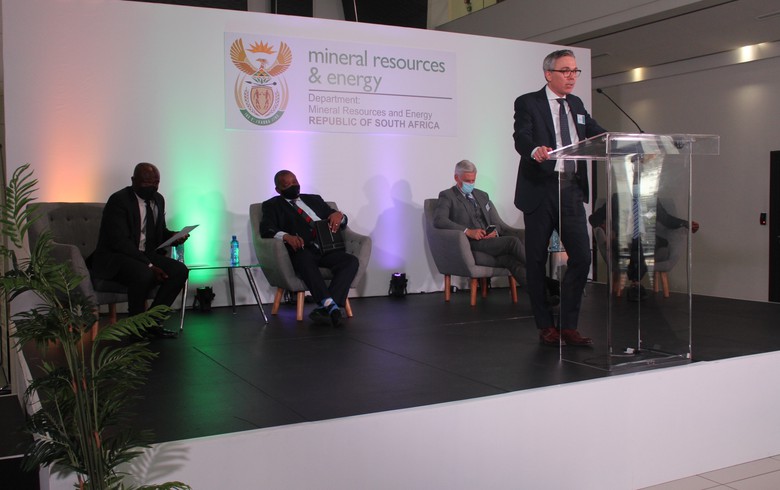 The signing of the solar PPAs in South Africa. Source: Scatec ASA.

The company has signed the contracts under the country’s Risk Mitigation Independent Power Producer Procurement Programme (RMIPPPP). Specifically, the government has contracted 50 MW of capacity from each of the three Kenhardt plants in the Northern Cape Province to secure a total of 150 MW of dispatchable renewable energy from 0500 AM until 0930 PM local time.

Scatec now has 60 days to achieve financial close for the projects. The company will share the ownership of the assets with local Black Economic Empowerment partner H1 Holdings in a 51/49 shareholding structure. It will also serve as an EPC contractor and will provide operation and maintenance services upon completion.

The Standard Bank Group, in turn, is the lead arranger and debt provider alongside a lender group including British International Investment.

A total of 11 contracts were supposed to be signed under the RMIPPPP programme but the process has been delayed several times so far. Scatec said that its own projects were the sole renewables only projects awarded in the technology-agnostic programme.

I am very excited to sign agreements for these 3 projects, but we must sign more, says Minister @GwedeMantashe1 pic.twitter.com/ofxREpbbpA