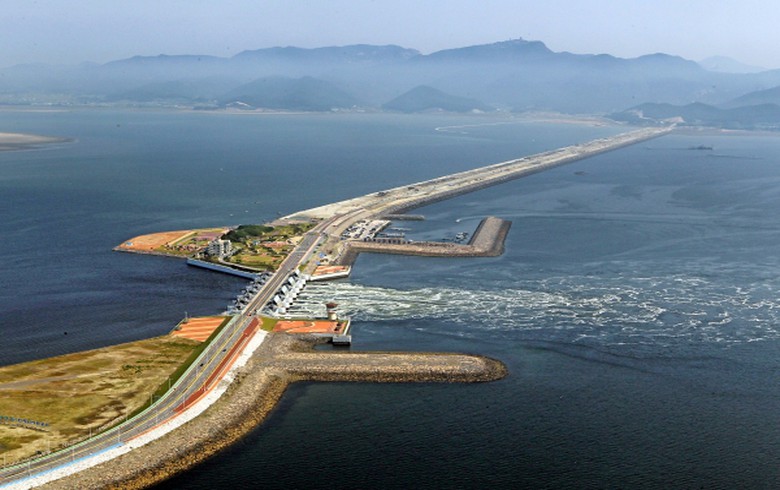 December 9 (Renewables Now) - The Saemangeum Investment Agency of Korea (SDIA) and three local players have joined hands in a project calling for the development of an up to 2.7-GW floating solar complex and 300 MW of offshore wind turbines.

The renewables complex will be located behind the world’s longest seawall at Saemangeum. AMSCAP said it will work together with G8 alongside SOWP on the offshore wind component, taking care of the financial and technical elements of the project. It noted that SOWP has already developed a 100-MW offshore wind project that is in the final development stages, with all permits and regulatory approvals in place.

SDIA, a central government agency of South Korea, is responsible for the Saemangeum Seawall Project, which was completed back in 2010. The 33-km (20.5-mile) seawall replaces a coastline that was once more than 100km-long and encloses 409 sq km of reclaimed area that is planned to become a global business hub and free trade hub of Northeast Asia.