German power group RWE AG (ETR:RWE) has received a EUR-108-million (USD 116.8m) grant from the EU’s Innovation Fund for a project that aims to develop waste-to-hydrogen production in the Netherlands.

The EU funding will enable RWE to advance the FUREC project and apply for the necessary approvals, it said on Thursday.

As part of the project, a facility will be built in Zevenellen, in the southern province of Limburg, with a capacity to process 700,000 tonnes of non-recyclable municipal solid waste per year into solid recovered fuel pellets. The pellets will serve as feedstock for another plant which will be built at the Chemelot industrial park in Limburg to produce 54,000 tonnes of hydrogen annually. This hydrogen is enough to cut the natural gas consumption in the industrial park by more than 280 million cubic metres per year and offset about 400,000 tonnes of carbon dioxide emissions per year.

The carbon dioxide captured during hydrogen production will be stored and offered to industrial customers. 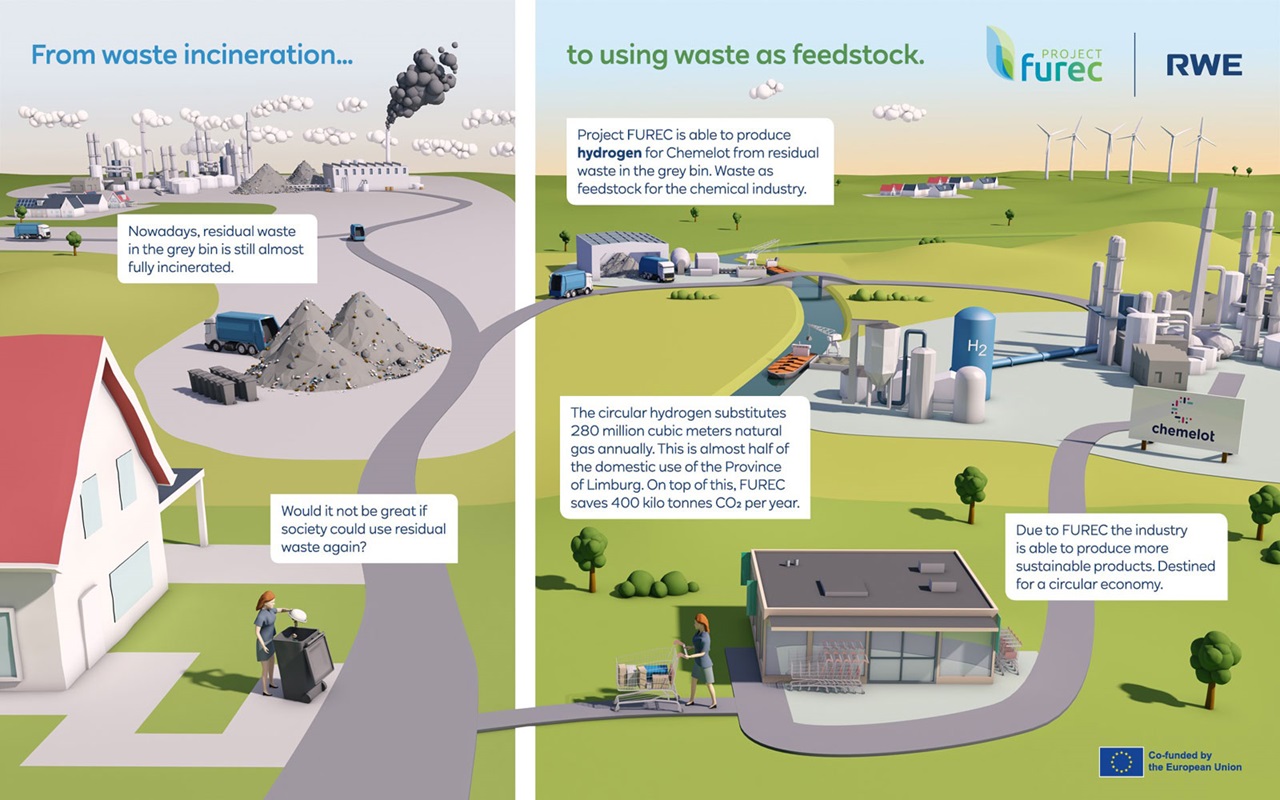 Meanwhile, RWE is looking for suppliers for the plants, potential off-takers for hydrogen and carbon dioxide, and suppliers of waste.

The Essen-based group expects to take a final investment decision on the project in 2024. The total investment cost is estimated at over EUR 600 million.