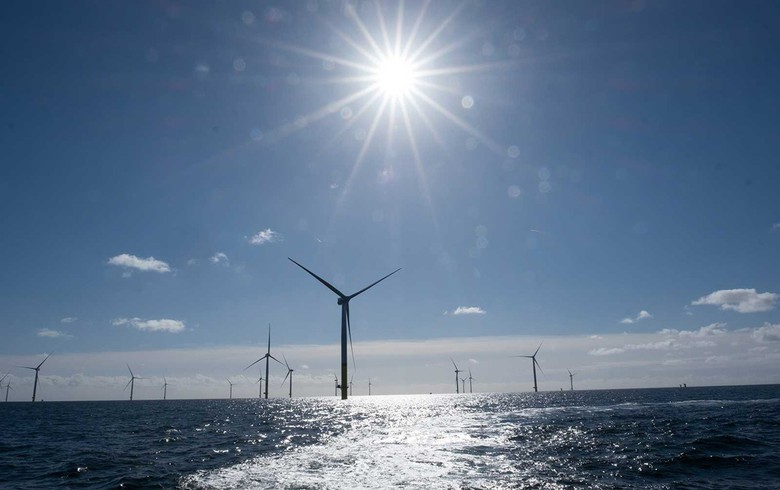 July 14 (Renewables Now) - Four large scale-projects for wind energy in the North Sea and green hydrogen in the Netherlands will receive EU financing under the Innovation Fund which will grant a total of EUR 1.8 billion (USD 1.81bn) to 17 innovative cleantech initiatives.

One of the winners in the second round of the awards is a joint project of Canadian power producer Northland Power Inc (TSE:NPI) and Germany’s RWE Renewables GmbH for a 450-MW wind farm in the North Sea off the German coast. The facility will be tied to a 4-MW electrolyser built on the offshore substation. The Nordsee Two scheme is part of a 1.3-GW cluster that RWE and Northland Power are planning to install in the North Sea.

Shell Plc (LON:SHEL) was also successful in the competition with its Holland Hydrogen project which envisages the construction of a 400-MW electrolysis plant by 2027 running on Dutch offshore wind energy. Earlier in July, the British oil giant took the final investment decision to build the first part of the project, Holland Hydrogen I, for the production of green hydrogen with a 200-MW electrolyser.

Another project to receive EU funding is RWE's initiative to process non-recyclable solid waste streams and produce hydrogen at a chemicals cluster in the Dutch city of Geleen. The project is expected to generate 54 kt per year of hydrogen.

The fourth successful scheme in the round is French industrial gases supplier Air Liquide's (EPA:AI) project for a 200-MW electrolyser that will produce renewable hydrogen and oxygen in the Dutch city of Terneuzen. With a targeted annual production of 15,500 tonnes of hydrogen, the project will feature a flexible electrolyser that will enable the plant to use more electricity when more is produced. In this way, grid congestion will be avoided and more renewable power will be fed into the grids.

The EU Commission did not reveal the funding that will be provided to each of the projects.

“Today's grants support innovative businesses across Europe to develop the cutting-edge technologies we need to drive the green transition. The Innovation Fund is an important tool to scale up innovations in renewable hydrogen and other solutions for European industry. Compared to the first disbursement round, the funds available have increased by 60%, enabling us to double the number of projects supported. This is a big boost for the decarbonisation of energy-intensive industry in the European Union," said Executive Vice-President Frans Timmermans.