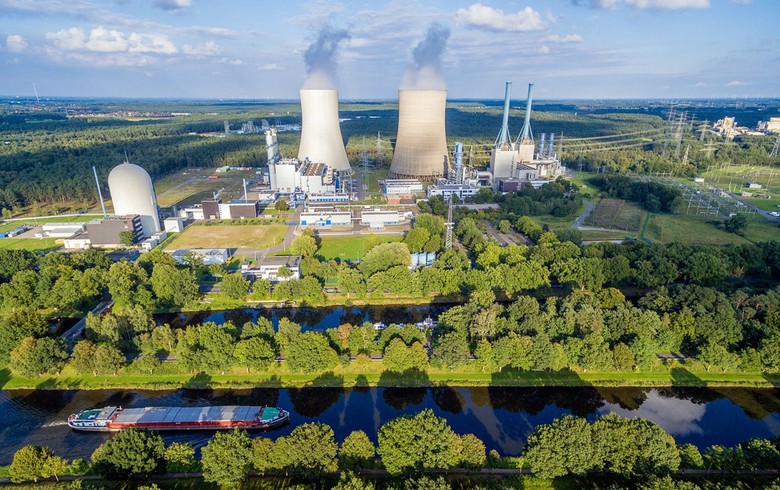 The site for RWE's electrolyser in Lingen, Germany. Image by RWE AG.

December 21 (Renewables Now) - German energy company RWE AG (ETR:RWE) is working with industrial chemicals and engineering company Linde Plc (NYSE:LIN) on the development of a 200-MW electrolysis plant in western Germany, as part of a project that aims to scale the capacity for green hydrogen production at the site to 2 GW by 2030.

Linde has been hired to do preliminary work on the GET H2 project and deliver the permit planning for two proton exchange membrane (PEM) electrolysers each of 100 MW in the town of Lingen, Lower Saxony, RWE said on Monday. Hydrogen production at the site will be powered with offshore wind energy from the North Sea.

The electrolysers should be put into operation in 2024 and early 2025, depending on when state funding will be provided. The plant will be further expanded with the electrolysis capacity expected to reach 300 MW in 2026.

The plan for the two electrolysers is still in the pre-project development phase and the implementation of the engineering, procurement and construction phases will be launched after state aid is approved for the project.

The electrolysis capacity at the Lingen location could grow to 2 GW by the end of the decade as RWE aspires to play a role in the creation of cross-regional European hydrogen infrastructure and the development of a strong European hydrogen market.

The GET H2 project is one of more than 30 green hydrogen projects in which the Essen-based company is involved. Last week, RWE announced that it is working with professional services firm Jacobs to explore the installation of a 100-MW electrolyser for the production of green hydrogen at the Pembroke Power Station site in South Wales. The capacity of the planned electrolysis plant could reach several gigawatts in the future.