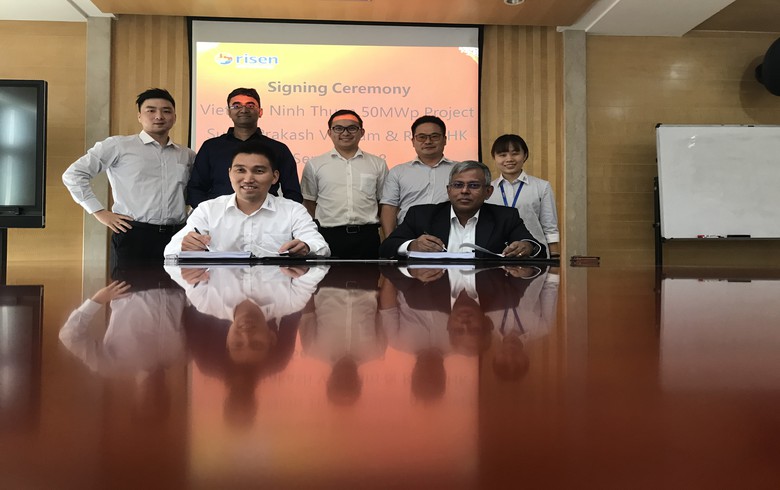 The company opened an office in Vietnam’s capital of Hanoi in August and last month announced an outsourcing deal with local firm Tasco for a 61-MW project in Ninh Thuan province. Now, it has agreed to install 360-W polycrystalline modules to form two systems -- one of 26 MW with trackers and one of 24 MW with a fixed support structure.

This project will be implemented in the same province and the two systems will be working in concert generating a total of 81,429 MWh a year, Risen Energy said. The customer is Surya Prakash Vietnam Energy Company Limited, which is a wholly-owned subsidiary of infrastructure developer Shapoorji Pallonji Group.

The solar arrays should be hooked to the grid on June 30, 2019 and the output will be sold to Vietnamese power company EVN.