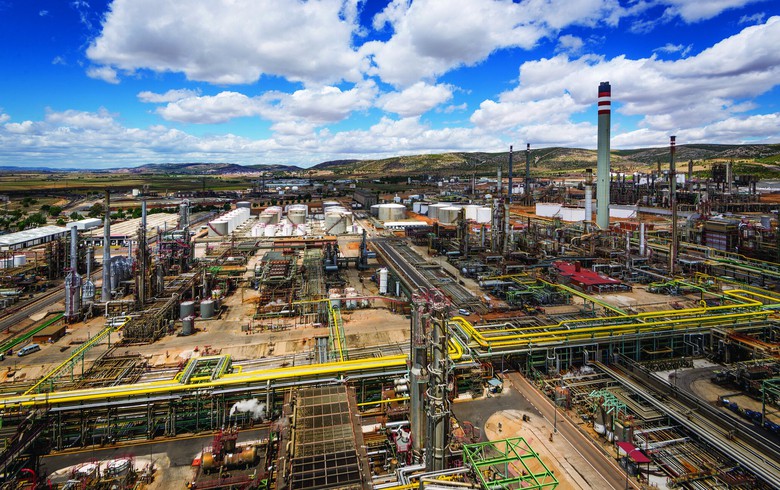 The Puertollano Industrial Complex. Image by Repsol on Flickr

The two have been developing the PEC technology for years and operate a pilot plant at Repsol’s research lab in the Madrid region. With the financial support from the EU’s Innovation Fund, the companies intend to build a larger hydrogen production facility at Repsol’s Puertollano refinery, Enagas said Monday.

"[I]ts main advantage compared to electrolysis is that no electricity is used, and it, therefore, does not depend on the electricity price. This results in a significant operational cost reduction," Verdu then added.

The size of the EU financing was not disclosed. Enagas said it would represent a part of the investment in the plant project.

The Puertollano plant will be capable of producing around 100 kilogrammes of hydrogen per day from sunlight, and increase the output to 450 kg/day when the production process is complemented with electricity from the grid, according to Enagas. The plant’s annual capacity would be 200 tonnes of hydrogen.

The facility could start operation in 2024.

Repsol is a major producer and consumer of hydrogen, which the new plant will supply to other facilities of the Puertollano complex. Additionally, the plant will supply the hydrogen to hydrogen filling stations that Repsol plans to install in the future, Enagas added.