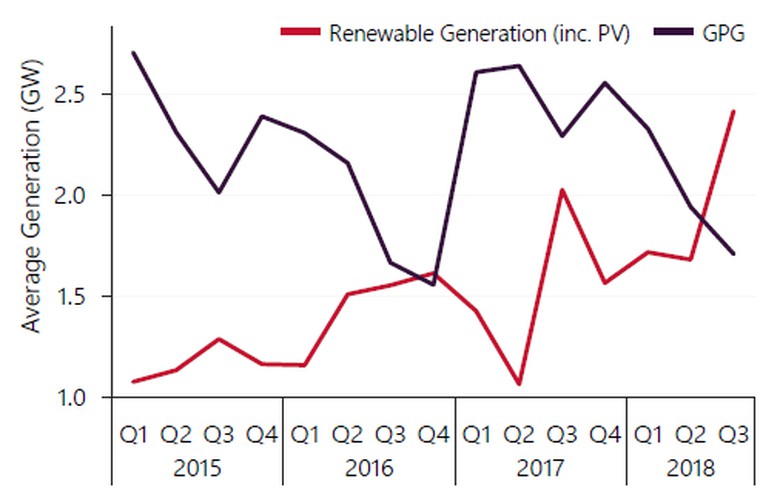 November 8 (Renewables Now) - In the third quarter (Q3) of 2018, renewables generation in Australia’s National Electricity Market (NEM) for the first time surpassed a 20% share in the supply mix.

In the quarter, wind power generation for the first time surpassed gas power generation (GPG). Nine-month GPG has been the lowest since 2006 and 21% below generation a year ago. Quarterly NEM emissions also hit their lowest level on record, both in terms of total emissions and average emissions intensity, AEMO said.

Average Q3 small-scale PV generation was up 23% year-on-year to 875 MW. South Australia and Victoria experienced the largest increase, followed by New South Wales. The average daily peak generation of small-scale PV reached 3,285 MW, up from 2,714 MW in Q3 2017. The Clean Energy Regulator estimates that 1,600 MW of small solar systems will be installed by the end of the year, up 45% on 2017 deployments.

In the South West Interconnected System (SWIS) there are already over 1 GW of rooftop PV and solar parks installed and the growing small-scale PV output is resulting in falling minimum daytime demands as well as an increase in the occurrence of negative prices.