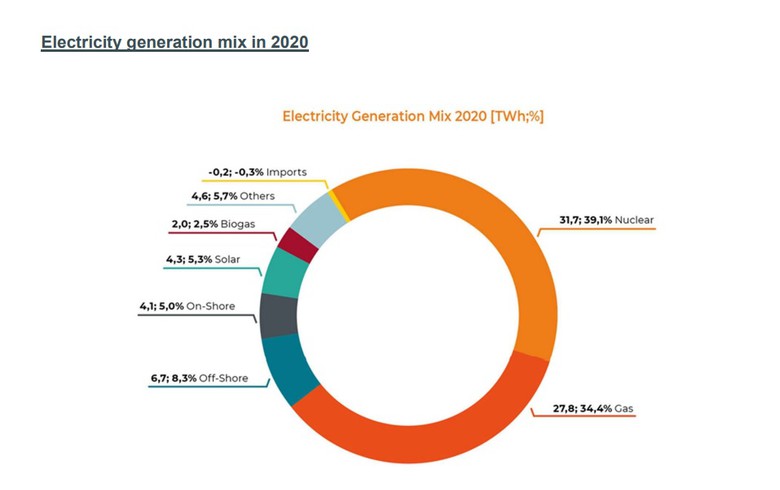 January 11 (Renewables Now) - Renewables were responsible for 18.6% of Belgium’s power generation in 2020, marking a 31% year-on-year rise thanks to capacity additions and favourable weather.

During the past year, Belgium produced 15.1 TWh of power from renewable energy sources, against 11.5 TWh a year back, shows data released last week by domestic transmission system operator (TSO) Elia. According to the statistics, at end-2020, Belgium had 4,670 MW of operational wind power capacity, including onshore and offshore, up from 3,796 MW a year earlier, while its cumulative solar photovoltaic (PV) capacity increased to 4,788 MW from 3,887 MW.

“Once again, a relatively high level of solar energy was generated in the summer, with higher wind generation during the winter,” Elia said.

Apart from the expanded renewables capacity, 2020 was marked by a drop in nuclear generation, which met 39.1% of Belgium's electricity needs, stable generation from gas-fired power plants and a near balance between electricity imports and exports. At 81 TWh, the overall power consumption in the country was 7% below the average for the previous five years.