Renewables are 92% of new US electrical generating capacity in H1 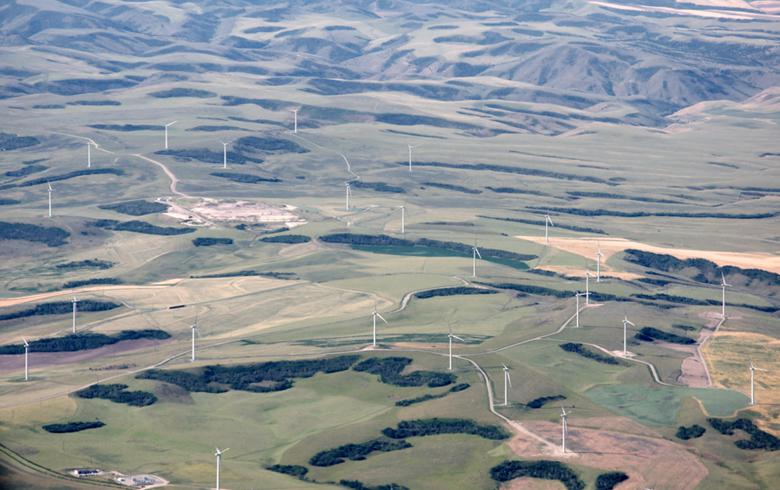 August 25 (Renewables Now) - According to a review by the SUN DAY Campaign of data recently released by the Federal Energy Regulatory Commission (FERC) and the US Energy Information Administration (EIA), renewable energy sources (i.e., biomass, geothermal, hydropower, solar, wind) dominated new US electrical generating capacity additions and increased their contribution to the nation's electrical production in the first half of 2021. [1]

Renewables now provide more than a quarter (25.1%) of total US available installed generating capacity. A year ago, their share was only 23.0%. Wind is now more than a tenth (10.4%) of the nation's generating capacity while utility-scale solar is 4.9%.. and that does not include distributed (e.g., rooftop) solar. [2]

Moreover, FERC data suggest that renewables’ share of generating capacity is on track to increase significantly over the next three years (i.e., by June 2024). “High probability” generation capacity additions for wind, minus anticipated retirements, reflect a projected net increase of 21,129 MW while solar is foreseen growing by 44,385 MW. By comparison, net growth for natural gas will be only 13,241 MW. Thus, wind and solar combined are forecast to provide roughly five times more new net generating capacity than natural gas over the next three years.

The latest issue of EIA's "Electric Power Monthly" (with data through June 30, 2021) reveals that solar and wind both continued their rapid growth.

For the period January - June, solar-generated electricity – including distributed solar - expanded by 25.3% (compared to the same period in 2020) and provided nearly 4.1% of the nation’s total. Wind grew by 10.0% and accounted for more than 9.6% of total generation.

Moreover, renewables produced 2.2% more electricity than coal through June 2021 and expanded their lead over nuclear power. In fact, during the first half of this year, renewables outperformed nuclear power by 16.4%.

"FERC's and EIA's mid-year data confirm that renewables have now moved into second place - behind only natural gas - in terms of both generating capacity and actual electrical generation," noted Ken Bossong, Executive Director of the SUN DAY Campaign. "And their continued, strong growth - especially by solar and wind - suggest that the best is yet to come."

[1] Capacity is not the same as actual generation. Capacity factors for nuclear power and fossil fuels tend to be higher than those for most renewables. Thus, during the first half of 2021, EIA reported that renewables accounted for 22.4% of the nation's total electrical generation - that is, somewhat less than what FERC reports was their share (25.1%) of installed generating capacity for the same period.

[2] FERC generally only reports data for utility-scale facilities (i.e., those rated 1-MW or greater) and therefore its data do not reflect the capacity of distributed renewables, notably rooftop solar PV which - according to the EIA - accounts for about 30% of the nation's electrical generation by solar. That would suggest that the total of distributed and utility-scale solar capacity combined may be 40% or more than the solar capacity of 4.93% reported by FERC -- i.e., closer to 7%.

FERC's 7-page "Energy Infrastructure Update for June 2021" was released on August 4, 2021 and can be found at: https://cms.ferc.gov/media/energy-infrastructure-update-june-2021. For the information cited in this update, see the tables entitled "New Generation In-Service (New Build and Expansion)," "Total Available Installed Generating Capacity," and "Generation Capacity Additions and Retirements."

The US Energy Information Administration issued its "Electric Power Monthly" report for the first half of calendar year 2021 on August 24, 2021. The data cited in that update can be found at, or extrapolated from:
https://www.eia.gov/electricity/monthly/epm_table_grapher.php?t=epmt_es1b
# # # # # # # # #

About the author
Ken Bossong