Portugal's EDP to invest GBP 13bn in UK renewables by 2030 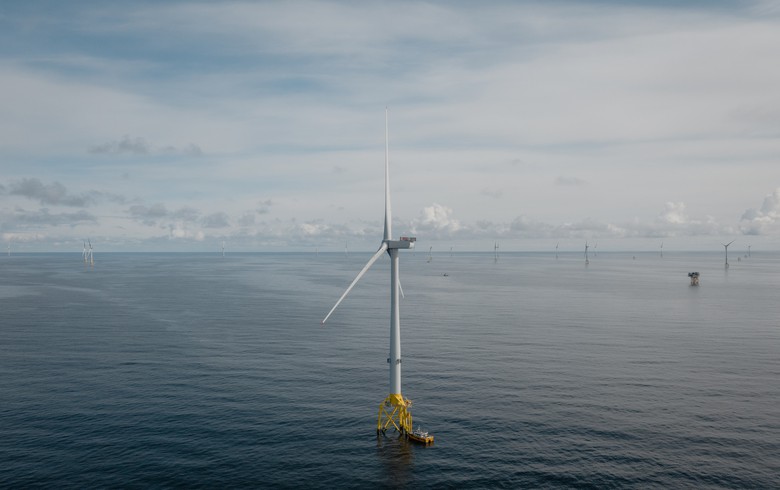 The Portuguese utility will channel the investment through Madrid-headquartered subsidiary EDP Renewables (ELI:EDPR).

EDP intends to invest about GBP 660 million over the next five years to expand its UK onshore wind and solar portfolios. It acquired 544 MW of projects last July and is also in the process of negotiating with local partners on a further 200 MW of wind projects.

The amount is being committed in addition to the GBP 2.65 billion that EDPR and French utility Engie are spending on Scottish offshore wind projects Moray East and Moray West through their equally-owned joint venture Ocean Winds.

Over the next three to four years, EDP will commit GBP 2.2 billion to Moray West, a planned 900-MW offshore wind farm which is currently in the supply chain contract negotiation phase. The company will make Moray West the focus of a bid in the next Contract for Difference (CfD) round in early 2022.

EDP expects commissioning of Moray East, Scotland's largest offshore wind farm, to take place in April 2022. Construction is about to be completed on the project, which has a capacity of 950 MW and 100 turbines.

Ocean Winds is also awaiting the result of ScotWind, the offshore leasing round in Scottish waters, where it has submitted bids for up to 9 GW of capacity across projects with both fixed and floating foundations. The company is targeting at least 3.9 GW of awards, with a combined capex of GBP 10 billion.

EDP made its announcement on the eve of the UK’s Global Investment Summit on Tuesday, a one-day event organised by the UK government to secure foreign investment in the British green industries.