OVERVIEW - Renewables to become the new normal at remote mines 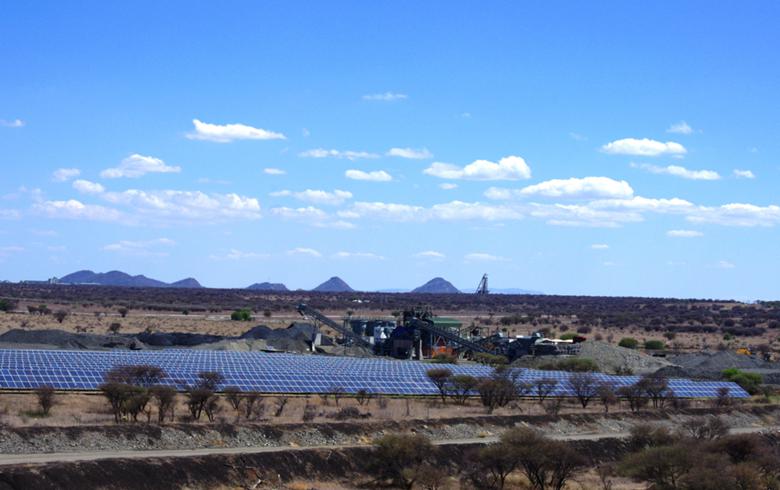 December 17 (Renewables Now) - The Energy and Mines World Congress that took place in Toronto provided great insights into the recent developments of onsite renewable energy applications at remote mines. Generally, the year 2019 has been identified as the tipping point.

The business case for partly substituting expensive fuel like diesel, heavy fuel oil (HFO) or gas by solar and wind had been positive on paper for years. However, actual projects have evolved slowly. In 2019, almost a dozen new projects have been officially announced and at the same time many more projects are under development and on the verge of being announced. 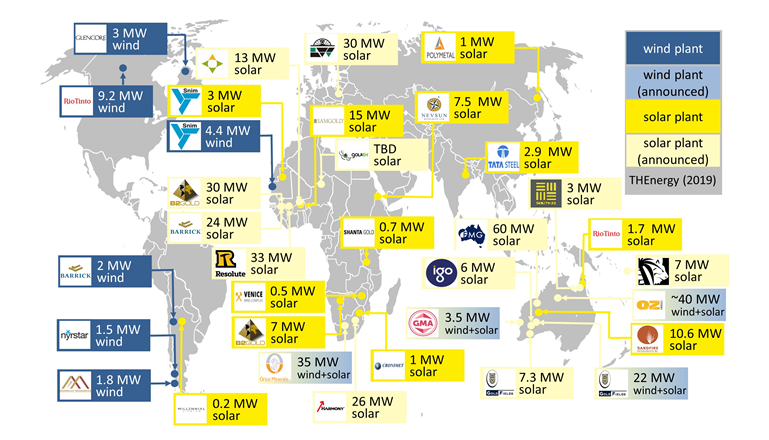 Nick Holland, CEO of Gold Fields, a mining company that is a pioneer in integrating renewables, pointed out in his keynote that costs savings are possible, and a cost-efficient decentralisation of power generation enabled by renewables comes with further advantages: “Renewables make for great business – lower cost and supply security. Independence from the grid is critical – microgrids are the future!”

Mining companies see the need to decarbonise and pursue initiatives that go well beyond renewables, such as electrification of mining vehicles. These initiatives will further increase the electricity demand in mining and in the long run the need for locally generated renewable energy.

Trust in renewables has been building up over the years

Miners are gaining trust in renewable energy solutions. The fear of production losses has been decreasing over the past years with every new renewable energy system that has been added to a mine globally. Before, the general attitude was characterised by “wait and see”, but the mode has been changing in 2019 to “let’s act now”. The individual decision makers today run a relatively low perceived risk by driving forward renewable energy projects. The solutions that are being built now are often more sophisticated than they were before, and they incorporate a higher share of renewables that is also enabled by storage solutions.

Australia and Africa are leading the way

The epicenters of these developments are Australia and Sub-Saharan Africa, two regions having substantial areas with insufficient public grids and typically excellent solar resources. At the same time, renewable energy development also has a local driver. Though the mining sector is rather global, the word-of-mouth and political pressure on mining players to add renewables unleashes additional speed on a local level.

In comparison to the physical lifetime of solar and wind assets, the lifetime of mines or the mining licenses are often rather short. In addition, miners are used to relatively short-term energy supply for diesel, HFO and gas. Long-term purchase agreements for renewable energy often require a change of thinking and have slowed down the development of many projects in the past. More and more companies have come up with redeployable solar solutions that allow for offering short-term PPAs. On the hardware-side, the costs of redeployable solar solutions have come down significantly, but at the same time this approach is a bet on future growth of this segment. Redeployability also means that new target projects need to be available within a reasonable time period in the future. If not, the solar assets would have to be stored in warehouses until new deployment, which can prove to be costly.

Several newly announced projects combine solar and wind power. One of the biggest disadvantages of solar and wind solutions is that they generate unsteady energy. Solar and wind output are often negatively correlated, which means that when solar irradiation is high wind speeds are typically low, and vice versa. This phenomenon allows for increasing the renewable energy share in the system while minimising the need for storage.

In his presentation at the Energy and Mines World Congress, Thomas Hillig, Managing Director of the consulting firm THEnergy, said that for mining companies it makes sense to consider all sustainability levers and that also hydro could experience a real renaissance: “In a research project that is supported by the German government with approximately USD 1 million, THEnergy is analyzing in collaboration with two universities, RWTH Aachen and TU München, the potential of hydro-electric solutions in the mining sector. We are still looking for mines in Peru to participate - free of any charge.”

About the author
Thomas Hillig

Thomas is the founder of THEnergy, a boutique consultancy founded in 2013 focusing on microgrids/mini-grids and offgrid renewable energy.