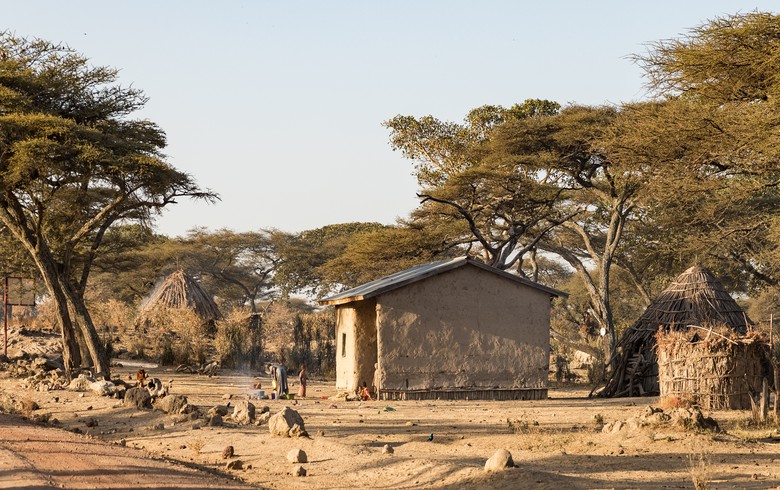 August 10 (Renewables Now) - Achieving universal access to electricity by 2030 is estimated to require an investment of USD 187 billion (EUR 163bn) in mini-grids globally, and sub-Saharan Africa is the main destination. Developing clever financing mechanisms and determining best policies is what the Africa Mini-grid Developers Association (AMDA) is working on.

AMDA was launched in April this year, with one of the points on its agenda being the development of a Results Based Financing (RBF) fund to help mini grids gain scale, in cooperation with donors, governments and other stakeholders. Jessica Stephens, global coordinator of the association, tells Renewables Now that the African Development Bank (AfDB) is currently developing a continent-wide RBF facility that is based on the principles that AMDA outlined in its SMART RBF policy paper. AMDA and several other stakeholders that assisted in developing the initial policy paper have been asked to join the advisory committee for the AfDB fund.

According to AMDA's white paper, a mini-grid RBF facility is the best way to scale up the sector and should play a central part in any approach to providing subsidies for private utilities in Africa. Via such a facility, companies that develop projects to connect customers to power get a fixed rebate per connection installed to ease the capital cost of the project.

AMDA notes that although there are several RBF programmes targeted at the mini-grid sector at the moment, most are restrained by complex evaluation and approval processes.

According to its white paper, AMDA developers developing photovoltaic (PV) grids, have received about USD 1.44 million in grant funding since 2011.

AMDA has set up a chapter in Nigeria which will be launched officially in the coming months, Jessica Stephens confirmed. This adds to Kenya and Tanzania, where AMDA started in April with 11 member developers, among which French utility Engie SA (EPA:ENGI).

In Nigeria, the government wants to reach 30 GW of generating capacity by 2030 with 30%, or 10 GW, coming from renewables. Total of 5.3 GW of these 10 GW are planned to come from mini-grids, which, AMDA says, creates a strong mandate for the sector. To support the government’s targets the World Bank is providing USD 350 million to energy projects in Nigeria, of which USD 150 million should go to mini-grids.

Across Africa, however, there are diverse regulatory environments governing mini-grids which makes it harder for developers to expand beyond a single country. AMDA will be seeking to address this issue by building consensus among developers on the best policies to support the sector and voicing this to policy makers and sector enablers.

According to a 2017 report by the World Resources Institute, Tanzania is a regional leader in mini-grid development. The country has at least 109 mini-grids with an installed capacity of about 157.7 MW, serving roughly 184,000 customers. Nineteen of these systems are fossil fuel-based and they account for 93% of customer connections.

AMDA only accepts members that employ renewable technologies, but says it recognises the need for a compromise between a high level of service and a solution that is 100% renewable. "We expect the majority of solar PV and wind mini-grids to employ a hybrid solution with diesel gensets as back-up."

"In Tanzania, Tanesco currently runs brown-site mini-grids that were developed in remote parts of the country when solar PV was not a cost effective solution. The government has plans to convert all of those sites to hybrid or full renewable generation in the coming years," Stephens explains.

"New Mini-grids in Tanzania and elsewhere are all being developed as renewable or hybrid solutions and we expect renewable solutions to continue to grow," she adds.

With respect to batteries, Stephens said that as they become more efficient and cheaper they will continue to displace diesel gensets. "That said, diesel is used seasonally in cases where multi-day storms limit solar irradiance and batteries are not able to charge. I do not foresee batteries being able to replace the diesel backup for these specific types of situations in the short term," she added.

Achieving modern energy for all by 2030 is possible

AMDA's objective is to see 100% electrification in Africa by 2030, in line with the global initiative for universal access to electricity by that year. Decentralised renewable power generation and distribution systems such as mini-grids are viewed as key to providing power to the roughly 600 million people in Africa that currently lack access to modern energy services. At the current rate of electrification, however, 600 million Africans would still have no access to power in 2030 as population growth keeps up with electrification efforts, AMDA says in the white paper.

According to the International Energy Agency's (IEA) Energy Access Outlook 2017, the vast majority of all people without access to electricity in 2030 will be in sub-Saharan Africa.

IEA estimates that ensuring universal access to power by 2030 would require an investment of USD 52 billion per year, more than twice the figure under current and planned policies. Decentralised systems, led by solar PV in off-grid systems and mini-grids, are the least-cost option for three-quarters of the additional connections needed in sub-Saharan Africa, according to the agency.

The total investment in providing electricity for all by 2030 is calculated at USD 391 billion, of which mini-grids account for 48%, representing an investment opportunity of close to USD 187 billion.

To confirm that the mini-grid sector is gaining traction, it was announced on Tuesday that USD 500 million in green mini-grid projects are ready to be developed by 50 private power utilities in Africa, Asia and Latin America.

The announcement came from Odyssey Energy Solutions, a software platform connecting mini-grid developers and investors. It said it has amassed a pipeline of over 550 projects that seek an estimated investment of more than USD 500 million. The separate projects require an investment of between USD 40,000 and USD 3 million. They are expected to connect 275,000 customers and represent a generation capacity of about 150 MW of solar PV. They are located in 21 countries -- Cameroon, Cape Verde, Democratic Republic of Congo, Ethiopia, Ghana, Haiti, India, Kenya, Lesotho, Myanmar, Niger, Nigeria, Philippines, Rwanda, Sierra Leone, Somalia, South Africa, Tanzania, Uganda, Zambia, and Zimbabwe.

"Odyssey is proving just how quickly the mini-grid sector is taking off around the globe," said company co-founder and chief executive Emily McAteer. "By using software and data analytics to streamline and standardize mini-grid project development and financing, we’re able to aggregate projects into bankable portfolios that meet investors’ ticket sizes and diligence requirements, paving the way for more capital to come into the sector," McAteer added.