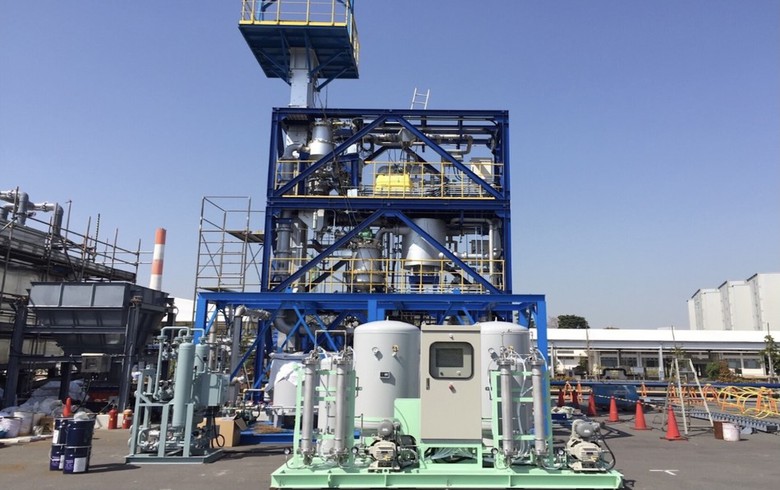 April 2 (Renewables Now) - The city of Tokyo has welcomed the end of construction work on a facility that will turn sewage sludge into hydrogen fuel for fuel-cell vehicles and power generation, it was announced this week.

Operations ramp-up is due to begin by mid-2021.

The project is the fruit of a collaboration of multiple partners, but it was Japan Blue Energy Co Ltd that developed the technology that the facility will use and owns the patent to the process of converting waste into hydrogen.

This technology is commercialised globally by Ways2H Inc, a joint venture (JV) between US-based holding Clean Energy Enterprises and Japan Blue Energy, which announced the milestone.

Located at the Sunamachi Water Reclamation Center near Tokyo Bay, the facility will produce 40 kg (88 pounds) to 50 kg of hydrogen per day, using 1 ton of dried sewage sludge. This output is enough to fuel 10 passenger vehicles or 25 fuel-cell e-bikes, according to the announcement.

The effort is aimed at both meeting Japan's demand for renewable hydrogen and contributing towards sustainable waste disposal.

"We spent over a decade developing this advanced process to convert waste into hydrogen and it is encouraging to see hydrogen demand growing in Japan and globally, as we complete our first Tokyo hydrogen production facility," said Japan Blue Energy president Naoki Dowaki.

The facility will also be able to process plastic, paper, municipal solid waste and other refuse. The process involves the extraction of pure hydrogen from gas that comes as a result of heating the waste to a high temperature, the US-Japanese JV explained.