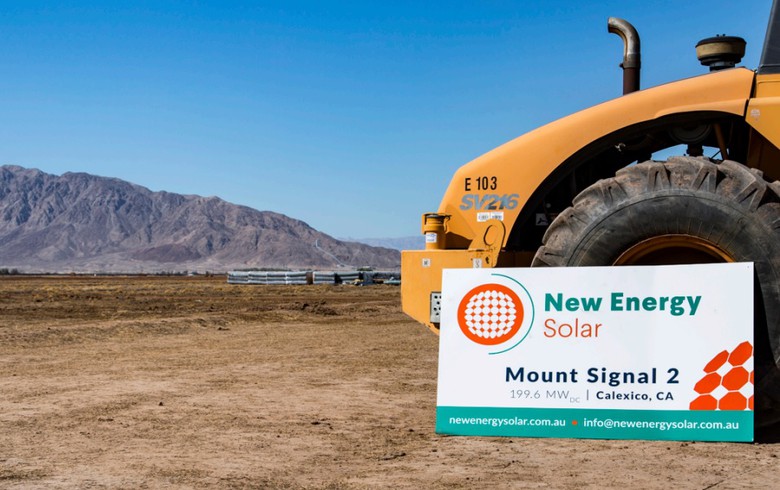 August 12 (Renewables Now) - New Energy Solar Ltd (ASX:NEW) today said the planned sale of a 50% stake in its 200-MW Mount Signal 2 solar farm in California will be delayed because of performance issues at the site.

In June, the Australian solar farm operator signed a conditional agreement for the sale with solar fund NextPowerIII, managed by NextEnergy Capital Group. The negotiation of final agreements, however, will be extended as the company needs to settle outstanding equipment warranty claims.

The Mount Signal 2 park, the capacity of which is given in direct current (DC), was constructed by Swinerton Renewable Energy and completed near the end of 2019. In the first half of 2020, New Energy Solar had to deal with certain commissioning issues and in the process it identified an additional performance issue and brought a warranty claim against the equipment supplier and project contractor.

If the transaction proceeds, it is now seen to be finalised in the fourth quarter of 2020, New Energy Solar said.

The company bought the Mount Signal 2 project from DE Shaw Renewable Investments in March 2018. Its power will be sold to Southern California Edison (SCE) under a 20-year power purchase agreement (PPA).